To access the nodes in a cluster we use the Endpoint associated with node. We have already seen how to check for the endpoints in the earlier chapter. In this chapter we will see how to configure the EC2 machine security group and the security group for the cluster so that it can be accessed from the EC2.

We consider the simplest case of configuring both the cluster and the EC2 instance being present in the same VPC. Below are the steps to achieve security group configuration. 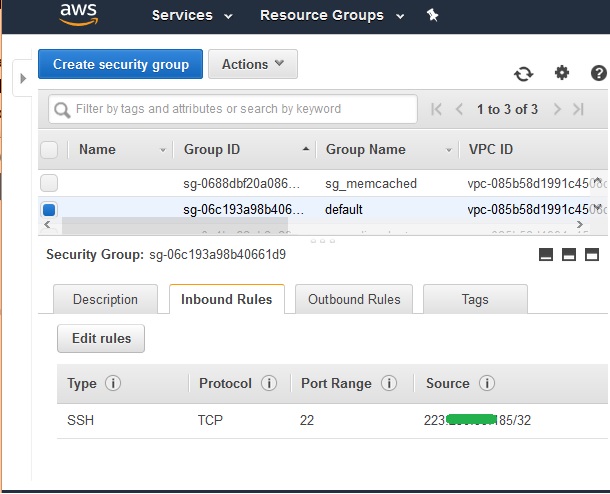 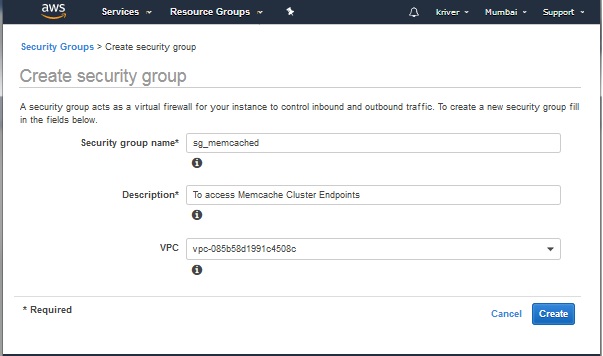 In the inbound condition, we choose the connection type as custom TCP and allow the security group of the default VPC as the source. 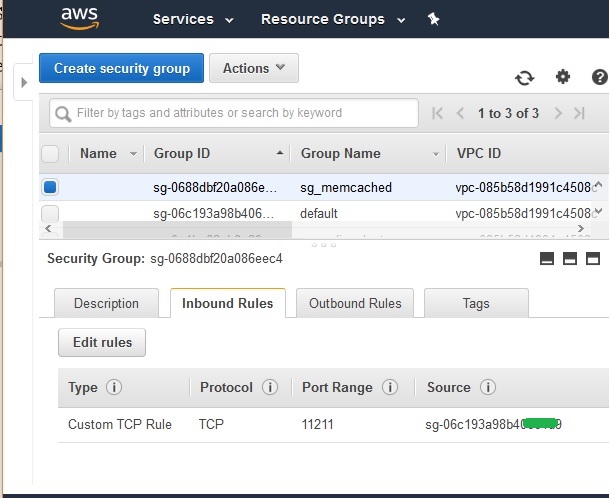 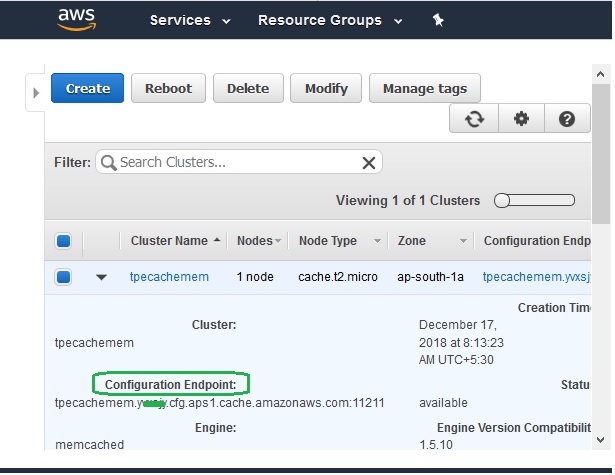 To access the memchached we install telnet service in the EC2 instance. This will be used to connect to the node in the Memcached cluster. 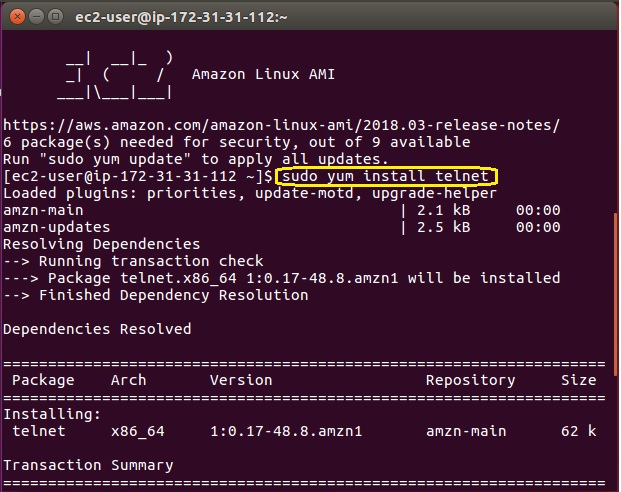 Next, we use our local machine which has AWS CLI already installed, to login to the EC2 instance we have configured above. Then navigate to the specific Redis directory as shown below and use the Redis commands to populate and retrieve values into the Redis cache.