Business Layer defines the business or logical model of objects and their mapping between business model and Schema in the physical layer. It simplifies the Physical Schema and maps the user business requirement to physical tables.

While creating a new repository using OBIEE administration tool, once you define the physical layer, create joins and identify foreign keys. The next step is to create a business model and mapping BMM layer of the repository.

Create Business Layer in the Repository 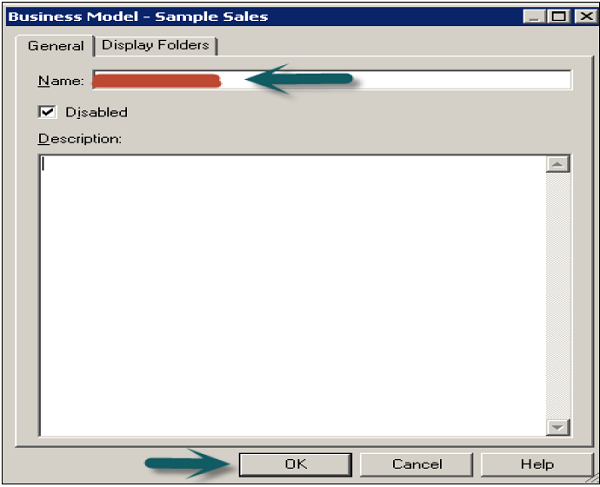 Logical tables in OBIEE repository exist in the Business Model and Mapping BMM layer. The business model diagram should contain at least two logical tables and you need to define relationships between them.

Select physical tables/alias tables under the physical layer that you want to add to Business Model Layer and drag those table under BMM layer.

These tables are known as logical tables and columns are called Logical objects in Business Model and Mapping Layer.

Go to General tab → Enter name for the logical table → Type a description of the table → Click OK.

Logical columns in BMM layer are automatically created when you drag tables from the physical layer to the business model layer.

Type a name for the logical column. The name of the business model and the logical table appear in the “Belongs to Table” field just below column name → click OK. Once you apply Aggregate function on a column, logical column icon is changed to show Aggregation rule is applied.

You can also move or copy logical column in tables −

In the BMM layer, you can select multiple columns to move. In the Sources for moved columns dialog box, in the Action area, select an action. If you select Ignore, no logical source will be added in the Sources folder of the table.

When you drag all the tables of the physical layer to business model layer, logical joins are automatically created in Repository. This condition rarely happens only in case of simple business models.

When logical joins are same as physical joins, they are automatically created. Logical joins in BMM layer are created in two ways −

Logical joins in BMM layer cannot be specified using expressions or columns on which to create the join like in the physical layer where expressions and column names are shown on which physical joins are defined.

Logical complex joins are recommended in Business Model and mapping layer as compared to the use of logical foreign keys.

Logical dimensions exist in BMM and Presentation layer of OBIEE repository. Creating logical dimensions with hierarchies allows you to define aggregation rules that vary with dimensions. It also provides a drill-down option on the charts and tables in analyses and dashboards, and define the content of aggregate sources.

Next step is to create logical dimension and logical levels. 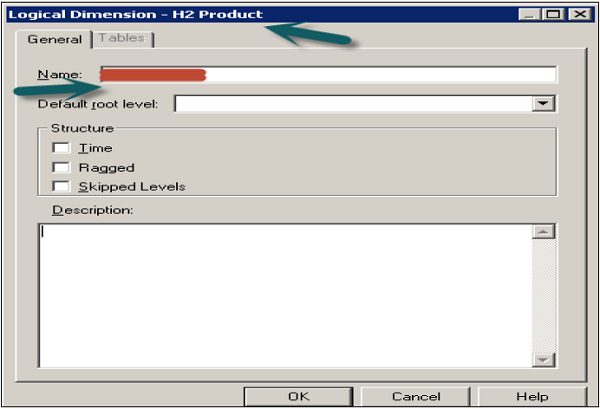 If this level is Grand total level, select the checkbox and the system will set number of element at this level to 1 by default → Click OK.

If you want the logical level to roll up to its parent, select the Supports rollup to parent elements checkbox → click OK.

If the logical level is not the grand total level and does not roll up, do not select any of the checkbox → Click OK. 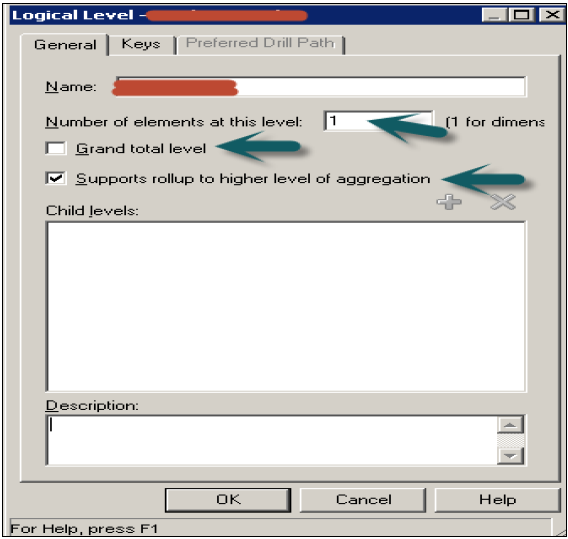 Enter the name of child level → Ok. You can repeat this to add multiple child levels for all logical columns as per requirement. You can also add Time and Region hierarchies in a similar way.

When you create a child level, it can be checked by a double-click on the logical level and it is displayed under child levels list of that level. You can add or delete child levels by using ‘+’ or ‘X’ option on top of this box.

Add Calculation to a Fact Table

Double-click on the column name in logical Fact table → Go to Aggregation tab and select the Aggregate function from the drop-down list → Click OK.

Measures represents data that is additive, such as total revenue or total quantity. Click on save option at the top to save the repository.

There are various Aggregate functions that can be used like Sum, Average, Count, Max, Min, etc.