Static files are files that clients download as they are from the server. Create a new directory, public. Express, by default does not allow you to serve static files. You need to enable it using the following built-in middleware.

Note that the root route is now set to your public dir, so all static files you load will be considering public as root. To test that this is working fine, add any image file in your new public dir and change its name to "testimage.jpg". In your views, create a new view and include this file like −

You should get the following output − 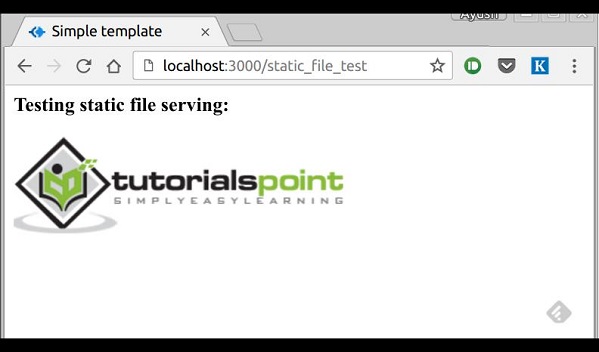 Now whenever you need to include a file, for example, a script file called main.js residing in your public directory, use the following script tag −