Following are the characteristics of an octal number system. 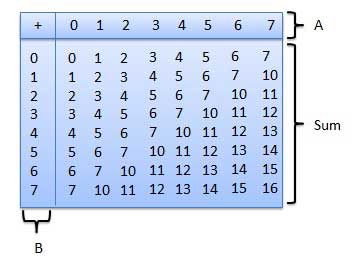 To use this table, simply follow the directions used in this example: Add 68 and 58. Locate 6 in the A column then locate the 5 in the B column. The point in 'sum' area where these two columns intersect is the 'sum' of two numbers.