Which is superior, Western music or Eastern Music?

Music is divine, whether it is western or Eastern. There is no superiority concept in music. There are many forms of music that delight us and so you may find some music interesting at some point in time according to your mood. The guitar might fantasize them but Veena is never inferior. The intention of any musical instrument is to deliver great music with a pattern of musical notes. 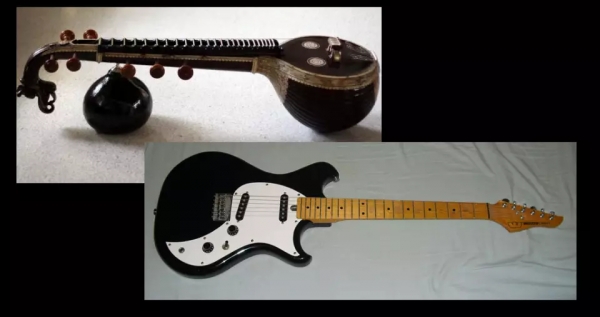 With the advent of western musical trends in Bollywood, western music has been fascinating for the youth. Though it is an ancient musical instrument, Veena also attracts a lot of audiences. You need not feel that your Veena is getting less attention than the Guitar. Both are great in their own sense.

Whenever, you need to play before an audience, choose some very popular keertanas and sing while playing. Also, you can try some new forms, like playing some latest numbers on Veena, which will leave your friends dumbstruck. You can do this by practicing the notes of those songs perfectly well. All the very best.