Which are the most dangerous places in India where black magic prevails a lot?

India is an ancient country where there used to be many superstitious along with great traditions. Many of the social evils and superstitious were abolished in the past centuries. But there are still a few evil practices prevailing which are actually a threat to the society. Black magic is one such problem which still has its roots in some corners of the country where the recent news of human sacrifices is the pieces of evidence.

Black Magic, Sorcery or Witchcraft is generally practised by Tantrics with an intention of inflicting negativity into a person’s life. The activities done using black magic are mostly palpable which might result in some detrimental effects on a person’s physical and mental status. 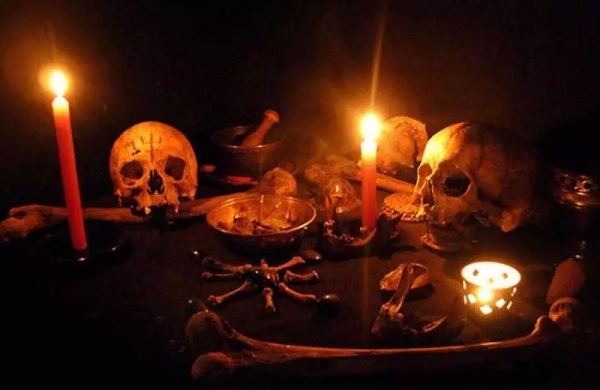 It is the first name that would occur to mind while speaking about Black magic in India. As Odisha is the poorest state with low literacy rate, such activities are practised to earn money. The area at the banks of Kushabhadra river near Konark is notorious for black magic, where numerous bones and skulls are found.

It sounds so ludicrous finding that a state which has highest literacy percentage is infamous for such activities. But a village called Peringottukara is very well known for these activities where the Tantrics earn a huge amount.

The cremating grounds of Varanasi, named Manikarnika Ghat is, unfortunately, the center of black magic where the infamous Naga Sadhus and Aghoris are prevalent. These practitioners consume the dead bodies, from pyres to gain the supernatural powers. Varanasi or Kasi, which is the most sacred place for Hindu pilgrims where Lord Shiva is the reverend god, is also worshipped by tantrics to gain supernatural powers. 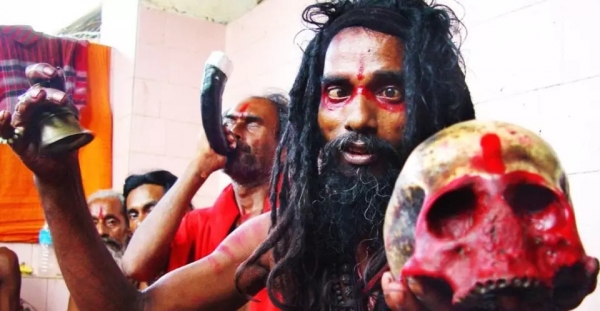 There are a few areas in Hyderabad such as Sultanshahi, Moghalpura, Chatrinaka, Shalibanda etc. where Babas and Sadhus are commonly found practising black magic and suggesting to have sex with, claiming the removal of the bad effects. Many of the Hindu and Muslim practitioners are found in these places.

This North-eastern state is another place where black magic practitioners are found in the places like Mayong where you can hear stories about men becoming animals or disappearing in air etc.

The oldest city Kolkata is not an exception to Black magic activities where the burial ground called Nimtala Ghat is the place for Aghoris. It was said that they eat the leftover flesh from the pyre at nights and perform such activities there.