Why is Bhangarh one of the most haunted places in India?

In this modern era, little do people know that there are indeed haunted places that are haunted by spirits from a parallel world. One such a place in India known as Bhangarh which is situated in Rajasthan is considered to be one of the most haunted places in the whole of Asia. 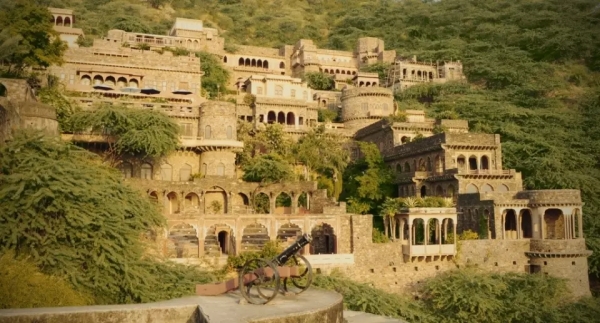 This place is situated in the Bhangarh district, in the desert areas of Rajasthan in India. It is around 300-km away from Delhi. The architecture of the buildings and the fort speaks volumes of the talent and acumen of the people during the rule of Bhagwant Das who established the town in 1573.

There are many myths about the place. It is believed that the entire township was obliterated in a day. But no written evidence has been found till date. Further down the expanse of the fort, lies the Royal Palace. From there all its four gates - Lahori Gate, Ajmeri Gate, Phulbari Gate, and Delhi Gate can be easily seen.

The Bhangarh fort looks likes just any other fort in India. But the mystery is, according to local people, that paranormal activities are observed in these places at night. Further, they believe that people who have tried to stay inside it after sunset or before sunrise were never found. Whichever animal enters the fort’s premises during the night is found completely dead the very next day. Even birds, flying over the fort during the time aren’t spared by the paranormal activities.

The place is situated in the deep desert area in Rajasthan. But, surprisingly, in and around the Fort we can see lush green grass which is very mysterious. 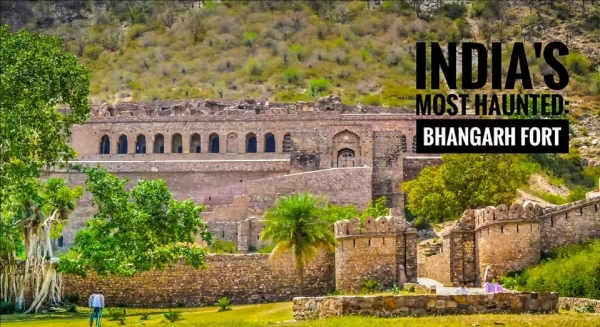 But it is then firmly questionable that a strong belief prevails in the people that the ghosts or evil spirits cannot exist in the presence of such an immense quantity of divine power. 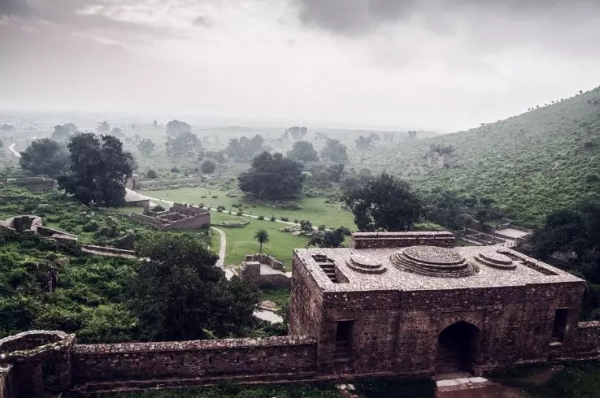 However, since the place is dangerous and might cause harm to any intruders many people try to avoid it. The Archaeological Survey of India which preserves heritage and historical places of India has put up a board on the fort gate that it is prohibited for tourists to stay inside the fort area as a precautionary measure before the truth is found out.