What is special about the Tirupathi deity? 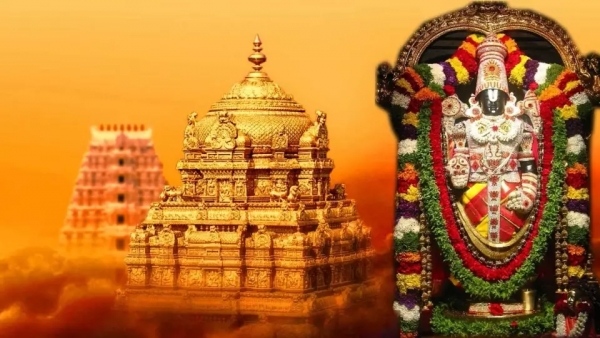 This temple was constructed centuries ago and attracts a huge number of visitors all over the world. Lord Venkateswara Swamy is addressed with a lot of names such as Balaji, Govinda, Perumaal, Srinivasa etc. The names of these seven hills are Vrushabhadri, Anjanadri, Neelaadri, Garudadri, Seshaadri, Narayanadri and Venkatadri, where Adri means hill. The Lord resides on the seventh hill, the Venkatadri. Many devotees climb the seven hills of Tirupathi to reach the Lord’s adobe.

There are numerous incidents that devotees realize the existence of lord truly on this hill. It is this feeling that makes their belief in God even stronger. 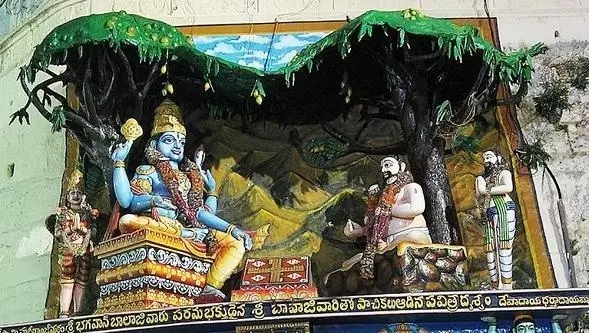 It was said that Venkateswara Swamy has come out of the temple to meet his ardent devotee Hathiram Bavaji, who used to address lord as Balaji and used to play Paachikalu (a chess-kind of a game) with him. The pandits who realized their mistake by not allowing Bavaji to stay in the temple for a long time has apologized and allowed him to perform all the devotional activities after this.

When Ananthalvar, who’s a great devotee plows his land to plant a garden for the flowers so as to perform Swamy puja, lord comes for his help in the form of a child. But Ananthalvar who wishes to fulfill the whole task on his own rejects the boy’s help. When gets irritated with the wayward nature of this boy, he throws a crowbar at him, which hurts the chin of this little boy. 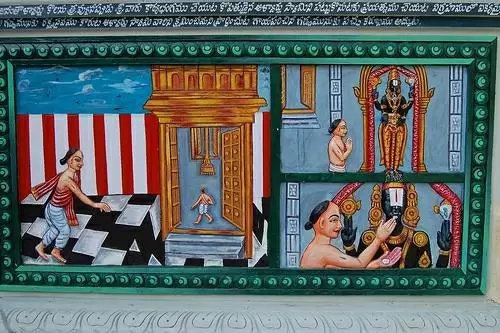 After the boy leaves when Ananthalvar goes to visit the Swamy in the temple, he melts down to tears by seeing the wound on lord’s chin. He then applied Chandan to Swamy which is continued till now. You can witness this crowbar even today, which is displayed on the right side wall, once you enter the Vendi Vakili of the temple.

It is completely believed to be a truth that Lord Vishnu has himself rested on this hill. The priests who perform daily rituals to the idol of Lord Venkateswara or Balaji, feel like touching the Human body while they wipe and decorate Swamy after Abhishekam. 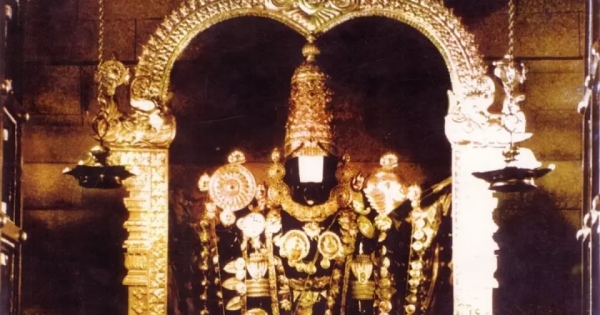 They say that the one feet of Swamy feel a bit rough like a man’s feet while the other feels soft. The flowers never dry while on Swamy’s body just like an angel’s garlands. It was mentioned in Puranas that Angels (Dev and Devata) garlands never dry.