What Is a Kondratieff Wave and How Does It Work?

The Kondratieff Wave, named after Russian economist Nikolai Kondratieff, is a term that refers to cycles that occur in capitalist economies and span between 40 and 60 years in length. "Kondratiev waves," "super-cycles," "K-waves," "surges," and/or "long waves" are all terms used to describe these types of waves. 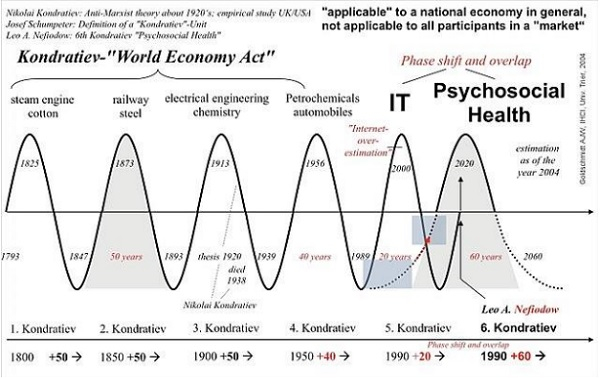 What is the mechanism through which Kondratieff waves operate?

Kondratieff discovered a number of long-term cycles that alternate between periods of rapid growth and periods of sluggish development in the economy. Agriculture commodities and copper prices in European nations were the primary drivers of the cycles, and he noticed periods of development in the many economic activities that were carried out in the home economies throughout his research.

The cycles lasted about 50 to 60 years and were made up of a number of phases that were repeated in nature on a regular basis. The cycles that have been recognized are as follows −