What are the layouts of Shelving Buffers?

Shelving buffers have three major aspects such as the type and capacity of the buffers used and the number of their read and write ports, as shown in the figure. 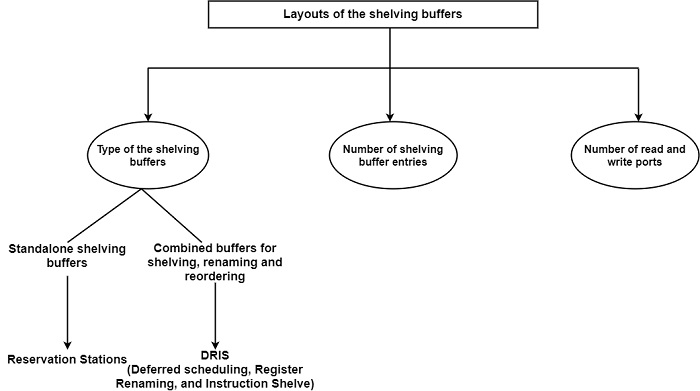 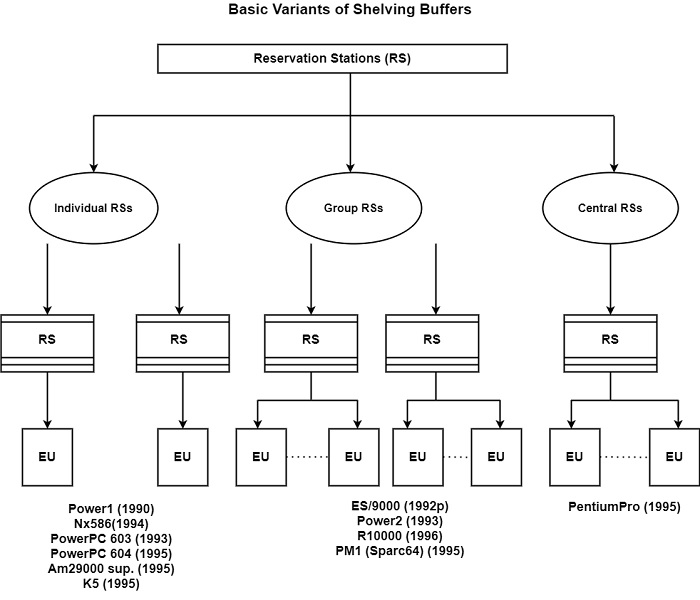 Number of Read and Write Ports

The final component of the layout of shelving buffers is the number of reads and write ports. This component determines how several instructions can be written into or read out from a specific shelving buffer in an individual cycle. First, let us treated the expected number of output ports (read ports).