What are the differences between holography and photography?

Based on this, Dennis Gabor developed a novel photographic technique using interferometry. This technique is known as Holography, Holo means complete and Graphy means writing. 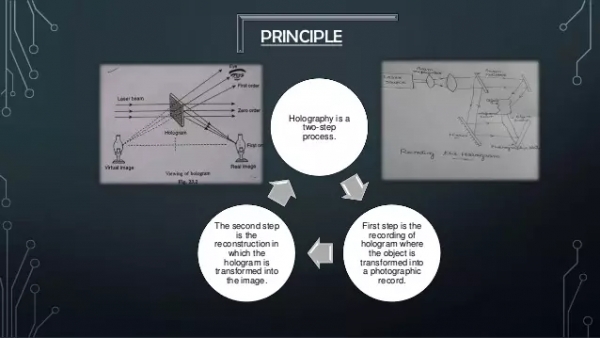 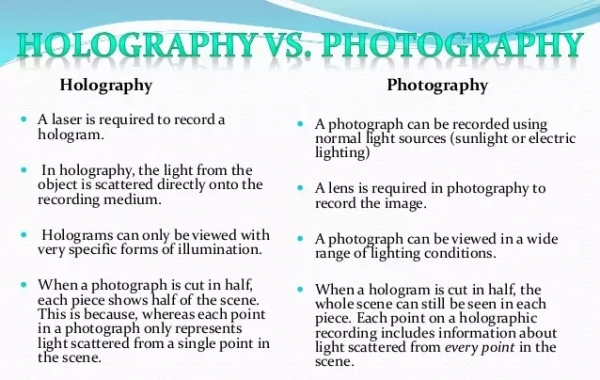 Thus, Holography is much advantageous as compared to conventional photography as the reconstructed 3-D image can be studied at leisure in the former case.