Gear generally refers to a special kind of machine element. In gear, the teeth are generally cut in a cone or cylindrical shape. These elements further help gear to transmit force and rotation from the driving shaft to the driven shaft. The profile of the gear tooth is the fundamental design of gear. Gears are mainly used in increasing force and speed. Gear holds very significant value in daily life.

Gear is very important machinery that is used in increasing speed as well as rotation. Teeth are one of the important elements presented in gears. 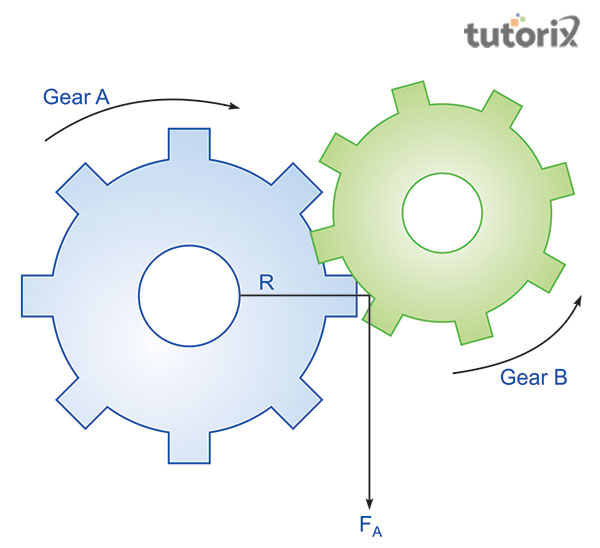 In simple words, gear is machinery components that consist of a toothed wheel and the toothed wheel is attached to the rotating shaft.

There are different parts of the gear that help it move fast. The significant parts of gear are mentioned below- 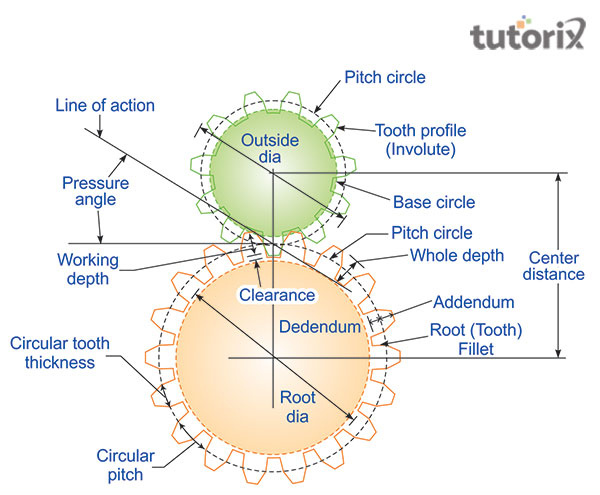 Figure 2: Parts of a Gear

There are multiple uses of gear that are usually used to conduct various activities in daily life. Gears generally operates in pair.

Principle of the mechanical advantage is used in gears. Mechanical advantage of gears is provided by gear ratio. As opined by Shuai, et al. (2019), this gear ratio to output force to the input force within a system. Gears are generally operated by spinning, and during the spinning of the wheels, the teeth of it connects with each other Thus particular thing possesses speed and rotation to the machines. The rotation and speed are two essential factors to the gears. The particular relationship of gear trains depends on a certain law which is conservation of energy. In the analyzing of gear trains this particular concept is very necessary which needed to be understood (Trobentar et al. 2020). The several categories of gears perform to accomplish the various activities in many fields. The daily use of gears cannot be avoided.

Gears are very important machinery elements that are used in various fields of regular activities. There are many uses of gears that can be found everywhere. Various transports and industrial mechanisms are run by gears. The speed, as well as the rotation of gear, is dependent on number of teeth, angular velocities, and radius of gear. Thus, it is crucial to have a better understanding of the working principle and the application of the gears.

Q1. What is the main purpose of gears?

Q2. What is the use of gear train?

Ans. Gear trains are applied for the transformation of energy. It transmits the energy from the one part to the other part.

Q3. What of the utilization of gears?

Ans. Gears are ordinarily used for the changing of direction of the rotational motion. Reverse direction can be achieved through Spur gears. Sometimes gears are used for the direct movement in a machine.

Q4. What are the applications of gears in practical life?

Ans. Gears are exclusively used for vehicles, bicycles, drills, and ordinary clocks. Gears are very necessary to do various activities.