Fossils can be described as impressions, traces, or remnants of any organisms that used to exist in past geologic ages and have got preserved in the earth crust for several years. Trails, tracks, and imprints can also get fossilized just like worm burrows and dinosaur footprints. Imprints, trails, and tracks are referee to as the traced fossils.

There are various types of fossils that are found on the earth such as: Petrified Fossils, Molds and Casts fossils, Carbon Films fossils, Trace Fossils, Impression fossils, Compression fossils and Pseudo fossils. The fossils are formed when the animal or plant dies in a watery environment, gets buried in silt and mud and remains preserved for ages.

The reserved traces of remains of ancient animals and plants are known as fossils. Fossils are protected remains of living organisms from the past times. Fossils are considered to be rocks and do not focus on the organism’s remains. A fossil helps in preserving the overall organisms or just the part. Fossils may be large or small and the microfossils are visible with the microscope (McMahon et al. 2018). Pollen and bacteria are mentioned as fossils; however, bones, leaves, feathers and shells may become fossils once. 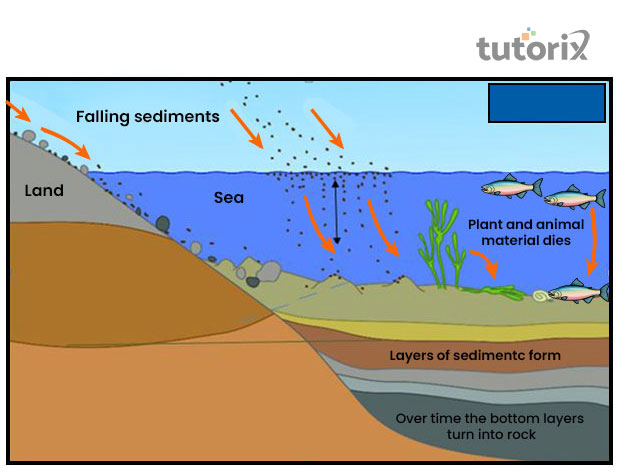 Fossils are often found in the creation of rock deep in the earth. Fossils are once referred to as all from extinct species until few are recognized from species categories that still exist. Fossils help in giving crucial evidence for the adaptation and evolution of animals and plants to the environment.

The living things usually aquatic animals get dead and are then buried rapidly under dirt, clay, sand or sediments of ash. The rot-away or decaying of soft parts leaves the tough parts behind. 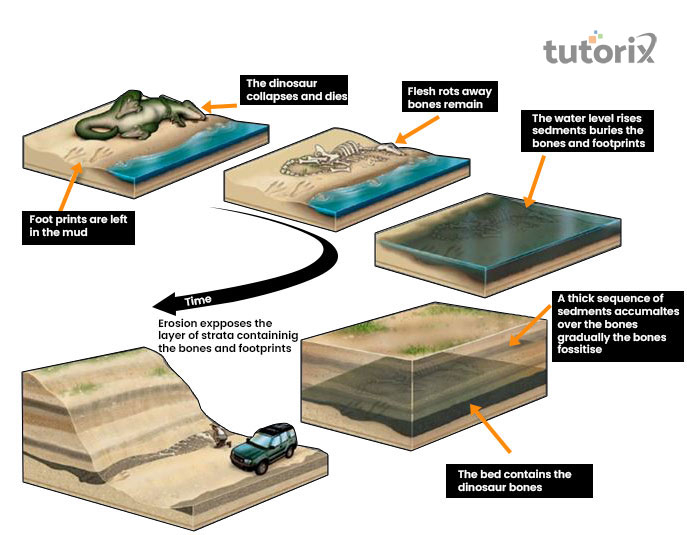 These are considered ammonites which are one of the most common fossils that are found. More accumulation of sediments is seen with the changing time (Skovsted et al. 2021). Pressure, chemical reaction and heat let the sediments strengthen into the rock which is also known as sedimentary rock. Movement in the crust of earth pushes the sedimentary rocks’ layers to return to the higher ground. The fossils get exposed at the surface finally through the procedure of erosion happened by water, wind and weather.

Fossils are formed from the dead bodies of animals, humans, or plants. The dead bodies’ soft tissues get decomposed quickly in the silt and mud leaving the hard shells and bones behind. In the watery environment, these shells or bones get buried and remain preserved for ages to form fossils. With the passage of time, the sediment is eroded and accumulated by air, wind, and water on the top of these buried fossils. These fossils get hardened into rocks gradually and are later discovered as traces of rare species of early ages. In three main ways, fossils are formed that are drying, freezing, and encasement. For example, in resin or tar, a whole-body fossil can be formed as it can preserve the body tissues.

Q1. What are fossils?

Q2. What are the five different types of fossil formation?

Fossils can be formed by the steps like death, decomposition of the body tissues, transportation, burial and weathering, fossilization, erosion, and discovery. The five major types of fossils are imprint, cast, trace, mold, and permineralization.

Q3. What do you mean by Petrified Fossils?

The term, petrifaction means turning into stones. Petrified Fossils forms when the minerals replace the parts of dead organisms. The water that is full of dissolved minerals seeps along with the sediment layers to reach the dead bodies. On evaporation of the water, the hardened materials are left behind.

Q4. Where can these fossils be found?

Fossils are mainly found in sedimentary rocks, that are formed near pre-historic rivers. Some of the fossils are buried deep in the earth’s crust and are discovered later when rain or wind gradually removes the layers of dirt or sand from the land.