Friction is very helpful in several cases as it offers a great quantity of measure to an object's motion. For example, when a ball has thrown on the floor then it began to move with a few velocities. As per the first law of Newton the direction, of the motion direction determines the friction of the object. More than 20% of the engine or battery power of different automobiles is mainly consumed by overcoming the frictional forces of the different mechanical parts. 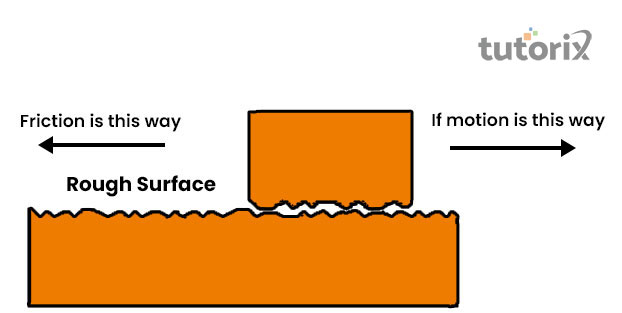 Figure 1: Friction of the rough surface

Friction and the normal forces that are externally applicable are directly proportional to each other. Sometimes the friction does not rely on the hardness of the contracting surface. When the relative speed of an object is increased then the sliding friction decreases. When the fluid friction of an object increases then the relative speed of the friction is also increased with the same proportion. The fluid friction is also dependent on the velocity of that particular fluid (Galay, Inagamov & Yuldashov, 2021).

In the case of the sliding motion, every point of an object has translational as well as liner motion. 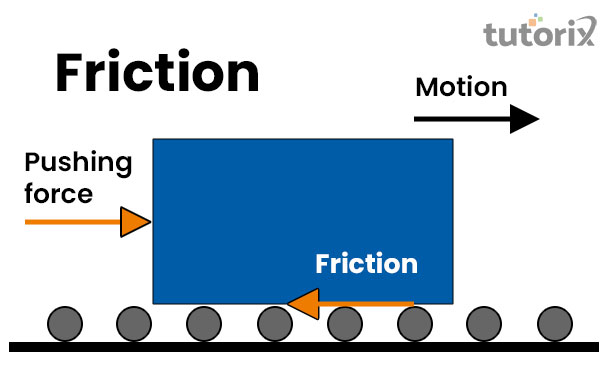 There are some important factors that have a great influence on friction. The external factors that affect the friction are the nature of the surface which can into contact with the object. The friction has relied on the smoothness as well as the roughness of the surface as well as the object which came into contact with the object (Galay, Inagamov & Yuldashov, 2021).

The reason for friction

The interlocking of surface irregularities is another cause of friction. Besides this, the friction of an object is also caused by the chemical bonding of the object, electrostatic as well as electromagnetic interaction applied to the object (Kumar & Kumaran, 2019). The external pressure of the objects is also a reason for the friction.

There are a total of four important frictions. 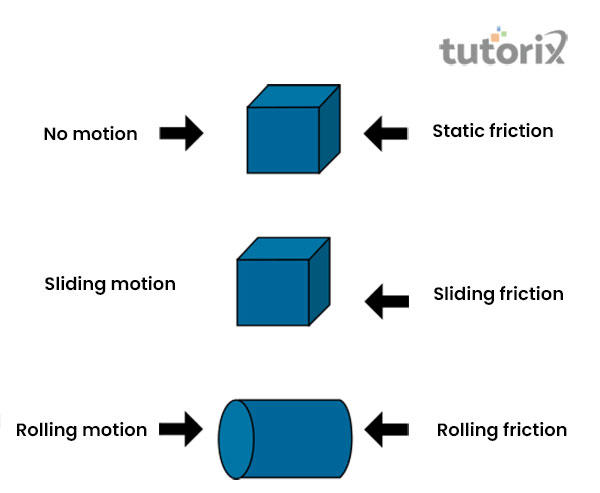 At a time, when an object is resting on a surface, static friction takes place. The external texture of a surface plays an important role in improving as well as decreasing the accessibility of friction. For example, in the case of hiking in a forest, static friction happens between an individual’s shoes and the ground (Galay, Inagamov & Yuldashov, 2021). Lack of static friction can result in creating a slippery surface, difficult to walk for. The coefficient for static friction is Fs max = µsη and Fs ≤ µsη.

This friction takes place within different layers of a particular fluid. At a certain time, layers move in relation to each other and create fluid friction.

Advantages and disadvantages of friction

Mainly friction occurs from the irregularities of two different types of surfaces that came into contact. Therefore, when an object is moving over another object then the surface irregularities get entangled which produces friction. Besides this, the roughness of the nature of the sliding surface is also a great cause of friction. In contrast to the rolling motion, there are several points that have a different combination with the linear or the rotational motion.

Q1. What is the coefficient value of sliding friction?

Q2. What are the two most examples of fluid friction?

Swimming and the flow of inks in a pen are the two basic examples of fluid direction. In this type of fraction, the layers of the fluid play an important role.

Q3. Which two factors are very important in enacting friction?

Motion and pushing force plays important role in generating friction. The amount of friction is dependent also on these two factors.

Q4. Which formula is relevant in presenting the role of gravitational force in friction?

The formula Fg = W sin θ is relevant to state the value of gravity in friction. In this formula, Fg denotes force, W is the weight of the selected object, and sin θ is the angle.