Current commonly refers to the flow of charged particles within the conducting medium. In electricity, charged particular is primarily meant by the electrons. The atoms of the conducting material consist of free electrons that move around from one atom to another atom. The movement of the electrons is random. There are roughly two types of current namely alternating and direct current. In direct current the electrons floes ions in one direction and in alternating current the current reverses its direction. Direct current can be found in batteries beaker in a battery the electron always flows from the negative site to positive site. On the other hand alternating current can be used in television, kitchen appliances, etc.

In simple terms the current denotes the floe of some entity in a particular region. For, instance if air is blowing in some area, then it can be said that air current is flowing. As opined by Fukasawa (2021), in the case of electricity, the flow of electric charge in the form of electrons, from one place to another, and that particular flow of’ electrons produces electrical energy. Thus particular phenomenon is the electric current.Current contains the large importance in everyday routine.

There are mainly various categories of current that can be found in electricity. These are mentioned below-

In a steady current, the magnitude of the current is not changed with time. Steady current flow within a continuous loop. In varying current, current magnitude changes along with variation in time but it does not change its direction. In instantaneous current, refers to the value of the current in a particular instant of time. It is mainly of two type’s i.e discharging and charging current. There are mainly two types of current that hold the main interest and these are used on a large scale. It is thus very important to correctly evaluate the electricity. It is thus very important to correctly evaluate the uses and application of electricity.

Alternating current(AC) denotes the flow of the electric charge, which periodically reverses. AC mostly starts from zero then increases to the maximum and again decreases to zero. It reaches the maximum in opposite direction from zero to maximum then again reduces to zero. The particular graph of alternating current is similar to a wave due to its simultaneous growth in both directions It is due to the Alternating current, which is produced by applying various devices which are further known as alternators. However, different methods can be used in the production of AC by using many circuits. 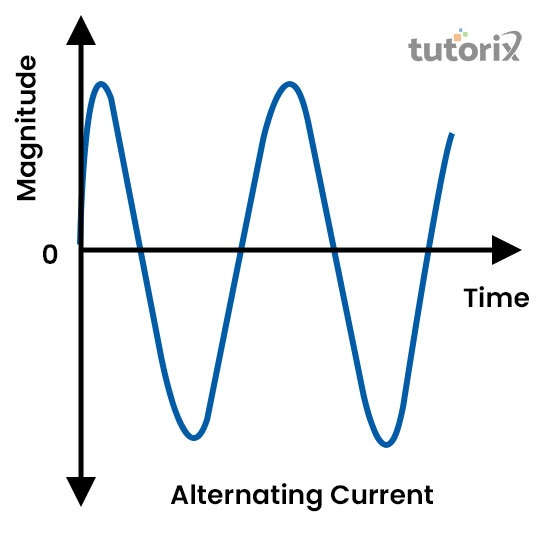 A single-coil AC generator is used as the most common technique for generating the AC current. AC generator generally owns single loop of wire and two-pole magnets and they have a regular shape. Faraday’s principle of electromagnetic induction is ordinarily followed in the AC generator and the mechanical energy is transformed into mechanical energy in it. Ac current is applied in powering the homes and businesses. As opined by Tkáč (2018), when the electrical wires carry the radio and audio signals, the AC current is presented there. Alternating current is also used in electric lamps and fans and kitchen appliances.

Direct current (DC) generally flows in a straight direction. The circuits of batteries create Direct current. Because in the batteries the electrical flow of the electrons can only travel following one direction from anode to cathode. 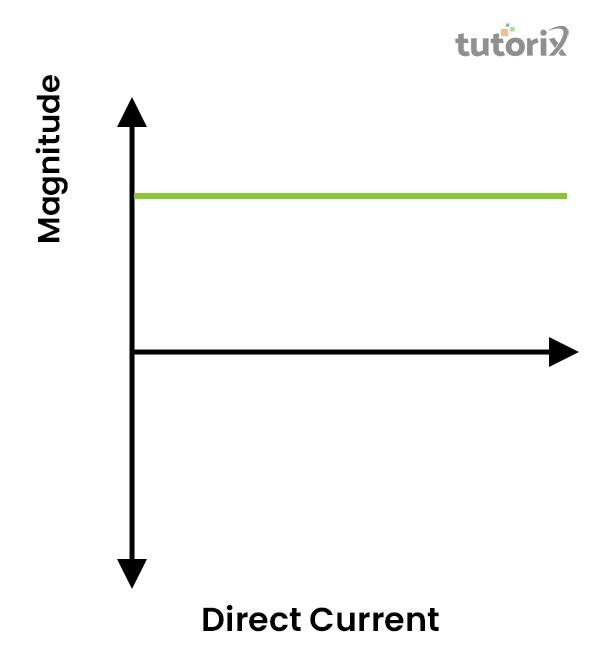 The frequency of DC current remains Zero as it travels in following same direction. Direct current is used in charging the batteries to regulate the big power supplies that are used in regulating various electronic systems such as electric cars, motors, and so on

Q1. What is the definition of electric current?

Ans. Flowing of the electric charge is named electric current. It mainly denotes to the stream of electrons within an atom.

Ans. Ampere is the SI unit of electric current. It is used in measuring the flow of electricity.

Q3. Which type of current is implemented in the operation of telephones?

Q4. In which field AC current is usually sued?

Ans. It is generally used to provide power to office buildings and houses. The fans and motors are run by using AC current.