What is a circuit?

A circuit is a path, circular in nature with which electricity flows to a certain direction and point. In a simple circuit, three main components are available. These are the current source, load, and consulters (Thoreson & Dacey, 2019). A fixed path of electricity is also known as a circuit. In this path, a signal, data, and electricity can travel easily.

Different types and properties of circuits

In an electric circuit, many parts are found among which the four most important parts are node, branch, loop, and mesh. 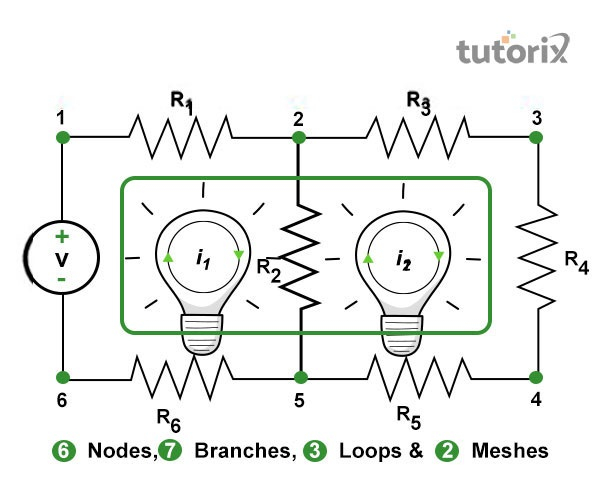 Parts of Electric Circuits and Networks 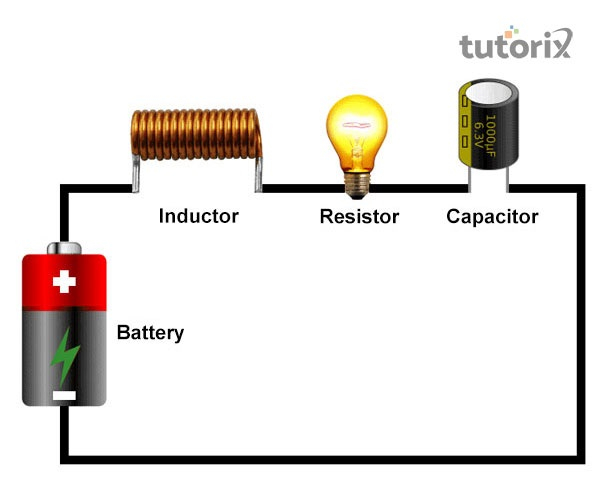 Figure 4: Parts of an electric circuit

In an electric circuit, the four most important parts are found. These are battery, inductor, resistor, and capacitor.

Inductor: In an inductor, energy is stored in form of magnetic energy during the time of energy flow.

Resistor: This is a two-terminal electrical component that is used in implementing electrical resistance (Rosdianto, 2019). This helps in reducing current flow, dividing voltages, and adjusting signal levels.

Capacitor: This part of a circuit helps in storing electrostatic energy.

A significant conductive path for flowing electricity or current is known as an electric circuit. The relation between the source of load and voltage is established by using a conductive wire. In between the load and the source of voltage, a fuse and on / off switch is available. Based on different types of flow in current, circuits can be divided into two parts, namely DC and AC circuits. Other types of circuits such as parallel, series, closed, short, and open circuits are also important circuits, used in the current transmission process.

Q1. What are the five most important types of an electric circuit, available for energy transmission?

Q2. What are the two basic electric circuits?

Ans. Two of the most important and basic types of circuits are regarded as series and parallel circuits. Other circuits are also available there that helps in transmitting energy in a device.

Q3. How a series circuit is different from a parallel circuit?

Ans. In a series circuit, a single pathway is seen. In a parallel circuit, multiple current pathways are found.

Q4. What is a closed circuit?

Ans. In a closed circuit, good electrical connectivity is available in which no interruption is recorded. The current, flowing within a closed circuit faces a smooth continuity during current flow.