The CELL ATLAS: What are we made of? 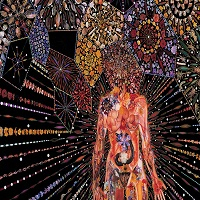 To understand disease, cells need to be studied, and how they differentiate in a normal or a diseased case. The Cell Atlas is Biology’s next project, an endeavor to capture, scrutinize and catalog each human cell using high-end tools of genomics, microfluidics and cell biology, to know what human body is made of.

This will speed up the process of discovering and testing drugs while dealing with various ailments like Asthma, cancers or even Alzheimer’s. According to Aviv Regev  from MIT, Massachusetts:

“Having an understanding of who we are is part of the human endeavor. We want to know what we are made of. But this will have a substantial impact on our scientific understanding and as a result, on our ability to diagnose, monitor and treat disease.”

An international consortium of computational scientists, physicists, biologists, technologists, clinicians, software engineers and mathematicians from the UK, US, Japan, Netherlands, Sweden and Israel assembled in London on 13-14 October last year (2016) and started creating a molecular structure to work on, and give a zip code/unique ID card to each cell type, in the 3D structure of the human body. 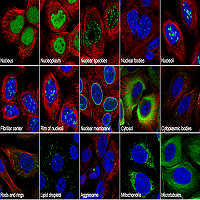 After all, this is the cataloguing of 37.2 trillion cells! Apart from cataloguing, cell mapping will be conducted with respect to tissues, cell states will be determined, and history traced ( e.g.- tracing a red blood cell to its cell origin in the bone marrow).

There have been attempts in the past to describe cells; but either the number of variations hasn’t been clear, or the differences haven’t been analyzed or there have just been many cells that have escaped the investigations (such as retinal cells or immune cells). For the first time in medicine, such a mapping has been possible.

There are three technologies which are making the genuineness of Cell Atlas possible:

Objective of the Project 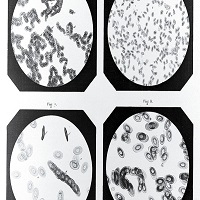 Apart from being a reference map for identifying new cells, comparing the old ones, distinguishing healthy and diseased cells, interpreting genetic variants, checking active genes, identifying cell interactions, and differentiation, the project will also allow partners of this project to share datasets, analyze and compare jointly between the healthy and diseased tissues.

The project is supported by Britain’s Sanger Institute (Wellcome Trust), the Broad Institute of MIT and Harvard, and Chan Zuckerberg’s “Biohub.” Mark Zuckerberg and his wife, Priscilla Chan, have also made a $3 billion donation to research.

Further, after careful analysis, the data will be collected and shared in public archives by European Bioinformatics Institute (EMBL-EBI). The Cell Atlas will serve as a reference map to accelerate growth in biomedical sciences; also prompting doctors and researchers to comprehend, detect, monitor and ultimately find drugs for treating diseases and also uncovering new goals for therapeutic intervention along with a vision of human biology in vivo.

The cell is an elementary piece of life. It varies enormously, expresses a different set of genes and functions along with biological networks that determines its activities. Cells are life’s most fundamental elements and their philosophies need to be understood.