It is common to find oneself dreading the long, dark winter months due to various factors. The transition from sunny and warm summer to dark and chilly winter may bring in the "winter blues." Published in 2005 by a U.K. travel company, the third Monday of January has been given the title of "Blue Monday" as it is the most depressing day of the year. Individuals might feel more lethargic and depressed than usual, but when these symptoms start to impact personal and social relationships and daily activities during the same time of the month every year, one may be diagnosed with the seasonal affective disorder (S.A.D.). 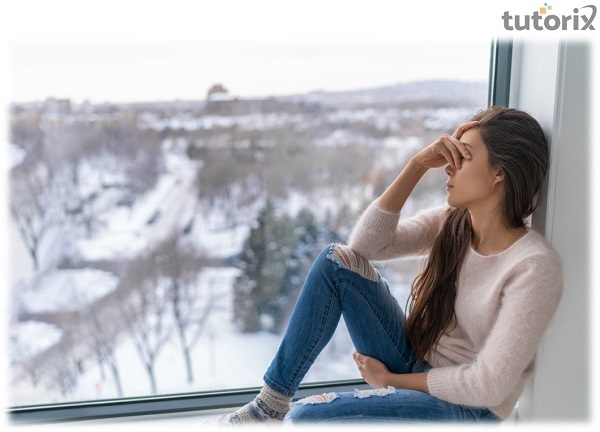 What is Seasonal Affective Disorder (S.A.D.)?

It is a type of depression that is related to changes in seasons. It is seen to be in late autumn or early winter and lasts until the spring or summer. It begins and ends at about the same time every year. Seasonal depression, also called seasonal affective disorder, is triggered by seasonal changes. The milder version of S.A.D. is known as the winter blues, and a rare form of seasonal depression that begins in late spring or early summer and usually ends in fall is termed summer depression. S.A.D. goes beyond the feeling of being stuck in the dark and gloomy phase of winters. It is an intense form of depression that may affect one's daily life, including how one feels and thinks. People affected by seasonal mood disorder exhibit difficulty in regulating their biological clock also termed circadian rhythm, which throws off one's body's natural sleep-wake cycle and leads to feelings of sadness and low energy. It may also contribute to the production of high amounts of melatonin which may also disturb the cycle.

Complications that can worsen and lead to problems if the seasonal affective disorder is left untreated include: 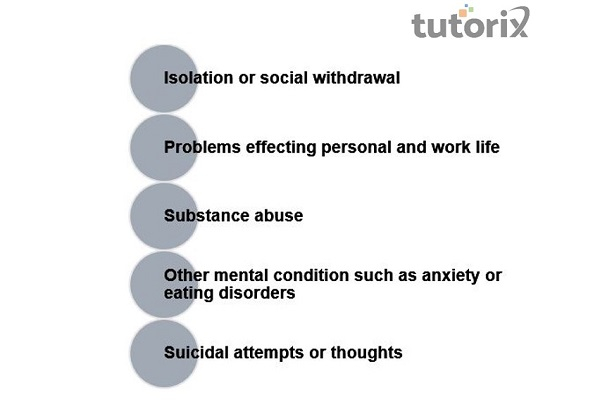 Symptoms of S.A.D. sometimes can be misdiagnosed with other mental health conditions. Symptoms include:

As seasonal affective disorder may mimic conditions such as chronic fatigue syndrome, low blood sugar, underactive thyroid, viral illness, or other disorders, it takes more time than usual to diagnose.

Factors that Cause S.A.D.

The cause of the seasonal affective disorder is not yet known, but there are several potential causes of it, including:

Lack of sunlight: Lack of its exposure is usually the trigger and reason for the onset of seasonal affective disorder. Less Sunlight during the winters and the beginning of the season leads to vitamin D deficiency which changes and affects serotonin levels and an individual's mood. Low production of serotonin, the chemical linked to mood regulation, causes symptoms of depression along with fatigue and weight gain.

Biological clock change: Shifts in the biological clock less than light change the internal system that regulates an individual's mood, sleep, and hormones.

Genetic factors: S.A.D. may be more common in people who have a family history of the condition or other mental conditions such as major depressive disorder.

Different treatments are set as per an individual's symptoms and their severity. The type of treatment also depends on conditions that may co-occur, such as another type of depression or bipolar disorder. The main treatment recommended for seasonal affective disorder includes:

Phototherapy - Light therapy is also known as phototherapy and is one of the first course treatments for the fall-related onset of seasonal affective disorder. Light therapy helps by mimicking natural Sunlight and aids in changing brain chemicals linked to mood regulation. It is a special light box that emits white fluorescent light with a plastic screen to block ultraviolet rays and is 20 times brighter than ordinary tube lights used indoors. Exposure to this light is indirectly consumed by individuals standing 3 feet away within the first few hours of waking up.

Lifestyle changes - Changes in lifestyle such as regularly exercising and increasing physical activity, getting more sunlight, and eating a healthy balanced diet along with supplements such as vitamin D helps improve overall symptoms in individuals suffering from seasonal affective disorder.

Seasonal affective disorder is a type of depression triggered by the change of seasons. It is seen to be in late autumn or early winter and lasts until the spring or summer. It begins and ends at about the same time every year. Symptoms include lack of energy, loss of interest in activities that work previously enjoyed, feeling of sadness, sleeping problems, and weight gain or weight loss. Treatment such as light therapy, psychotherapy, and antidepressants can work either alone or in a combination to be effective. Simple lifestyle changes and eating a well-balanced diet can help improve the overall well-being of an individual suffering from the seasonal affective disorder. It is important to find support and talk about it with a professional.