Rakesh is a 20-year-old person, born and brought up in Delhi. He belongs to a lower-middle-class family and presently pursuing graduation in Philosophy from a private college. He goes to his terrace daily and makes a mysterious call lasting about 2 hours. This episode has been happening for a year. When asked whom he talks to, he replies that he talks to a friend based in America. His family and friends do not know such a friend but accept his claim. Over time, his friend circle has shrunk, and he also avoids social gatherings. One day, circumstantially, his mother checks his call logs only to find no call detail of a talk with American friends. The whole family gets shocked and makes some inquiries about his behavior, only to find some strange maladaptation. When consulted with a clinician, they are told that he suffers from a chronic disorder known as Schizophrenia. 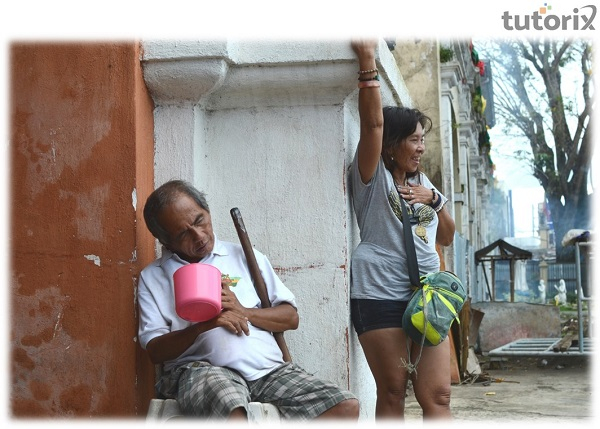 One of the most serious and highly debilitating disorders, Schizophrenia, is a significant disorder of interest for academicians interested in clinical themes. It has been discussed and explored by many established organizations and researchers. However, within them, all the defining characteristics of this disorder remain psychotic symptoms (i.e., detachment from reality or creating a partakes new reality subjective to the victim). The American Psychological Association's dictionary of psychology defines Schizophrenia as a "psychotic disorder characterized by disturbances in thinking (cognition), emotional responsiveness, and behavior, with an age of onset typically between the late teens and mid-30s."

Schizophrenia, as a disorder, was first formally described in the late 19th century by Emil Kraepelin. Kraepelin named it dementia praecox. In 1908, Eugen Bleuler renamed it Schizophrenia (which translates to "splitting of the mind" in Greek) to characterize the disintegration of mental functions associated with what he regarded as its fundamental symptoms of abnormal thinking and affect. ICD 11's latest version characterizes this disorder with disturbances in multiple mental faculties, which include:

As a psychological disorder, schizophrenia may go unnoticed for many years or may be diagnosed within a short period since the start of symptomatic manifestations. Classification systems like DSM 5 and ICD 11 give extensive criterion descriptions for diagnosing and treating this disorder. DSM 5 suggests the existence and persistence of 2 or more of the five symptoms for at least one month to be clinically diagnosed as Schizophrenia. 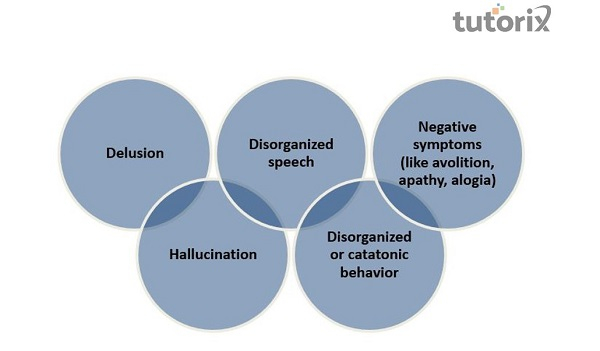 In the case of Rakesh, we see hallucinations and some negative symptoms, though a detailed analysis may lead to the discovery of some more symptoms as often many symptoms go unnoticed.

Psychotic symptoms usually emerge between late teens and mid-30s, where onset during childhood, i.e., before puberty, is rare. Interestingly, onset age differs for males and females; males have an early onset age of early to mid-20s than females, whose average onset age is late 20s. Further, the onset of this disorder can be both abrupt and gradual, but most patients report the disorder's slow and gradual development. Thus, the course and symptomatic characteristics of Schizophrenia vary among different age groups and gender.

Schizophrenia is associated with significant social and occupational dysfunction, and it not only impacts one's normal functioning and is linked with suicidal tendencies. Major risk factors for suicide include male sex, being younger, having a higher IQ, history of attempts, hopelessness, and poor adherence to treatment. Thus, it is very important to make a proper and timely diagnosis and treatment of Schizophrenia. Though total remission is rare, Schizophrenia is treated through no one method; rather, a combination of interventions is used to target different dimensions and symptoms of the disorder. The treatment's overall pedagogy aims to reduce symptoms, prevent relapse, and increase adaptiveness.

Various sets of interventions exist that are used to manage this disorder. Interestingly, unlike most psychological disorders, this is mostly treated in a psychiatric setting and thus includes more medical measures, and the use of psychological measures has only recently been emphasized. The treatment methods for Schizophrenia can be categorized as follows: 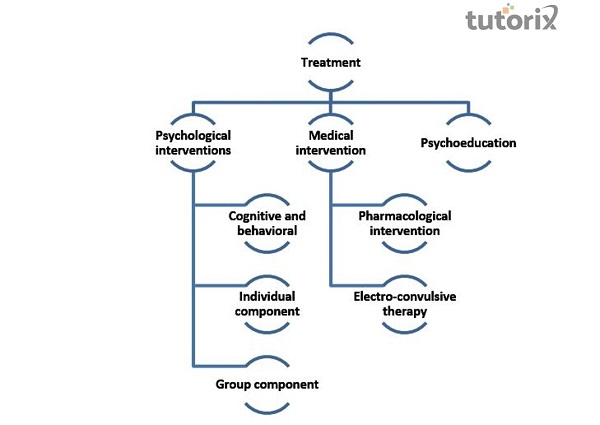 Psychological interventions: These interventions are based on psychological theory and target the behavioral, cognitive, social, and occupational manifestations of the disorder. They help individuals modify thinking, adapt, and reduce their symptoms. These have been categorized into three components, i.e.,

Psychoeducation: This is an important part of the whole treatment pedagogy, whose relevance is widely accepted by clinicians. Psychoeducation implies imparting knowledge about the disorder, its causes, symptoms, effects, treatment, and guidelines for the patients, family, and people living with the person. Psychoeducation has to be imparted not only to the patient and the family but at a broader societal level through school and other institutions so that such disorders are not stigmatized, are identified earlier, and are treated and handled with utmost care. Such interventions not only help in the efficient treatment of the disorder but also in reducing relapse of the disorder and, at times, the incidence of disorder by management of the environment, especially in families with a genetic predisposition.

Schizophrenia is a chronic psychiatric disorder characterized by changes in a person's perception, thoughts, behavior, and cognitive functions. The illness has a chronic course that causes significant disturbance in various aspects of a person's life, including social, occupational, and functional aspects. The effective management of Schizophrenia has to be a combined approach that includes psychological intervention, psychoeducation, and medical methods. Like in the case of Rakesh discussed in the beginning, the family has a great role to play in identifying and managing the disorder. Therefore, family and people close to the patient should be targeted while treating the disorder.