Face recognition is usually effortless and rapid. We can readily identify co-workers, friends, and family in various settings and situations despite variations in expression, clothing, and hairstyle. Our visual ability to recognize people is a fundamental component of our social interactions as humans, and our visual proficiency with faces surpasses that for any other type of object. However, prosopagnosia patients cannot recognize that they have seen a face before, and this impairment applies to both familiar and fresh faces. 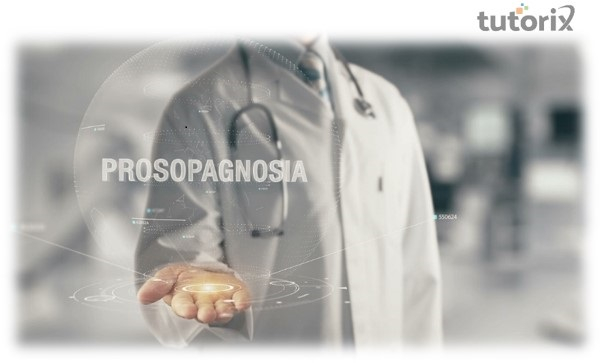 A lack of face recognition characterizes a neurological condition called prosopagnosia. Face blindness or facial agnosia are other names for prosopagnosia. In a seminal paper published in 1947, Bodamer coined the term prosopagnosia to describe the cases of two patients who had trouble recognizing faces. The word is derived from prosopon, which means "face," and agnosia, which means ignorance.

Not because of more widespread issues with sight, object recognition, or memory. When this symptom is a component of a larger issue, the term "prosopagnosia" should be replaced with "impaired face recognition." These individuals know that a face is a face and not a car or a tree, but they cannot identify the face or recall having seen it before. They usually take the help of external cues such as hairstyle, gait, or voice.

Prosopagnosia is estimated to affect up to 3% of the population. Prosopagnosia can have a negative impact on people's quality of life, and it has been linked to conditions like depression and anxiety.

Prosopagnosia has also been linked to the following disorders that affect nearby brain areas: left hemianopsia (loss of vision from the left side of space caused by damage to the right occipital lobe), achromatopsia (a deficit in colour perception caused by unilateral or bilateral lesions in the temporo-occipital junction), and topographical disorientation (a loss of environmental familiarity and difficulties in using landmarks, associated with lesions in the posterior part of the para-hippocampal gyrus and anterior part of the lingual gyrus of the right hemisphere). 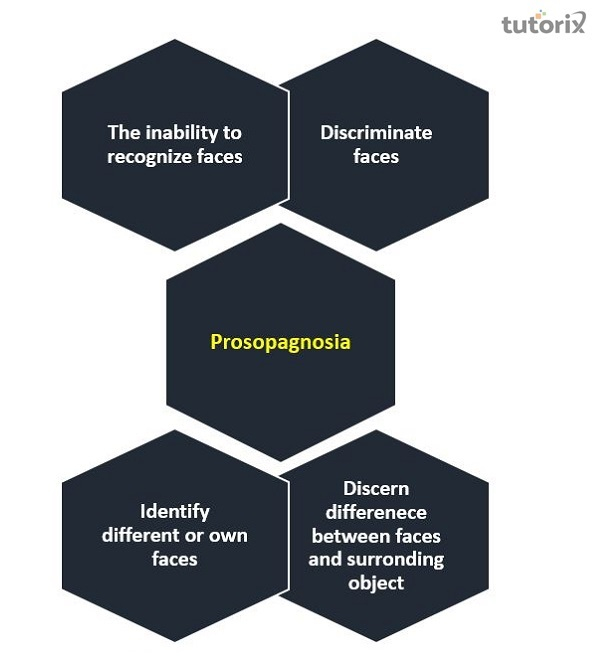 Face encoding is thought to be impaired in the apperceptive variant of prosopagnosia, affecting all later stages of the model when faces are the cues to identify. When presented with images of different faces, people with this disorder cannot make any sense of them and are unable to make same-different judgments. They cannot tell the difference between familiar and unfamiliar faces. Furthermore, individuals suffering from the apperceptive variant have difficulty recognizing facial emotions.

The ability to distinguish between faces accurately indicates that face encoding is still intact in the associative variant of prosopagnosia. Faces are not perceived as recognizable, indicating that face recognition units have not been activated, affecting later steps in the face-processing stream. People with this type of disorder might be able to distinguish between similar and dissimilar faces in photos of people and infer the age and sex from a face (indicating that they can understand some face information). However, they might not be able to recognize the person later or give any information about them, such as their name, occupation, or when they were last seen. 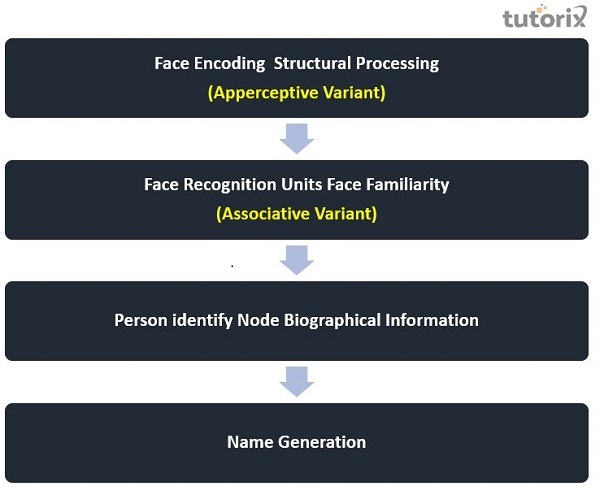 Prosopagnosia can be acquired or hereditary. Acquired cases can result from ischemic or hemorrhagic stroke, traumatic brain injury, and certain neurodegenerative and neuropsychiatric illnesses such as Alzheimer's, depression, and schizophrenia. The inheritance mechanism is unknown but is thought to be autosomal dominant. Prosopagnosia during development may have a genetic basis. It can run in families, with some pedigrees revealing up to ten affected members spanning two generations. According to research, normal face recognition skills have a heritable component, with monozygotic twins having more similar face recognition abilities than dizygotic twins.

Pathophysiology is a prominent area of research that is still not completely understood. Damage or developmental anomalies in the right or bilateral fusiform-lingual gyrus are thought to be involved, as are neuron pathways that control facial perception and memory. According to imaging studies, deficits in the temporal cortex and amygdala may also be involved. Fusiform lesions are more likely to have an apperceptive variant, whereas anterior temporal lobe lesions are more likely to have an amnesia variant. Prosopagnosia during development appears to be caused by either a disconnect between the anterior and posterior face networks or decreased functional activation of regions responsible for facial recognition and identification.

There is no specific treatment for prosopagnosia, but researchers continue to investigate what causes the condition, and training programs to help improve facial recognition are being developed. The goal of any treatment should be to assist the person with prosopagnosia in developing compensatory strategies. Adults with the condition due to a stroke or brain trauma can be retrained to identify people using other cues.

People with prosopagnosia frequently experience social anxiety. This is due to feelings of shame or embarrassment at not being able to recognize people. Some people isolate themselves and limit their social interactions to depression and other problems. Healthcare providers should take the initiative to refer patients to counselors or therapists. Those trained experts can help the patient cope with this condition's stress and anxiety.