Depressed people often feel disconnected from others because they're not able to express their feelings or be themselves around other people. They may feel isolated and lonely even when surrounded by friends or family members who love them deeply. 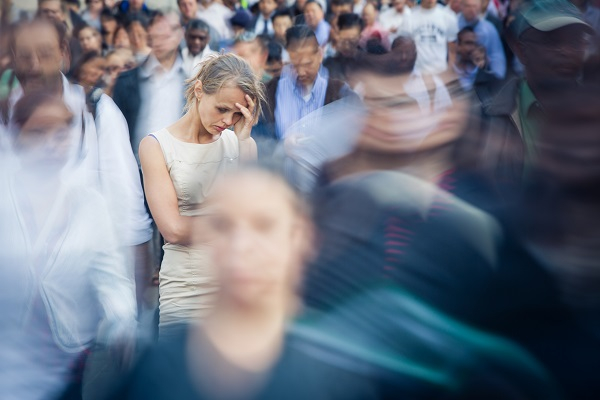 What is Persistent Depressive Disorder?

Persistent depressive disorder formally known as dysthymia is a chronic form of depression in which a person loses interest in normal day-to-day activities. Such people have low self-esteem, lacks productivity and energy, increased eating habit, and changes in sleeping patterns with various physical symptoms and hopelessness. This feeling lasts longer than a year and interferes with other areas of an individual's life. Persistent depressive disorder can affect one's relationships, abilities at work and school, and overall quality of life.

It is likely to be a combination of genetics, biology, and the environmental factors. And it's possible that while certain people are born with genetic predispositions or other inherited flaws that make them more susceptible to developing depression, others may experience different symptoms depending on their environment or circumstances.

The stigma surrounding people who are diagnosed with PDD may have three components: knowledge barriers (ignorance or false information), attitude problems (prejudice), and behavior problems (discrimination). They are stigmatized not only by others but by themselves as well, because they may feel ashamed of their condition and fear that others will see them as weak or lacking in willpower. This makes it harder for them to seek help from professionals or family members, which can be crucial to getting better. Bullying and discrimination are a reality for people with persistent depressive disorder, whether they are at school, at work, or home. People with it may also be misunderstood by close members who don't know how to respond to their symptoms. Individuals may even feel like they're being blamed for the condition, which can lead to isolation.

Persistent depressive disorder (PDD) is a condition that is sometimes difficult to be diagnosed because it shares many symptoms with major depression but its severity is milder than major depression. The symptoms are present for such a long period that the individual begins to believe that these symptoms are simply a part of their personality. It’s being who they are and not a result of a condition such as PDD, whereas some attribute these symptoms to a feeling of being stuck in one phase of life rather than a serious mental health condition. For a diagnosis of persistent depressive disorder:

A mental health professional usually makes the diagnosis based on the individual's symptoms, which would have lasted for a long period and is less severe than those with major depressive disorder. Physical conditions such as hypothyroidism are also looked at to rule out other possibilities.

Conditions that are linked with persistent depressive disorders which can result in complications are :

Medication and psychotherapy (talk therapy) are the two basic therapies for persistent depressive disorder. The treatment strategy is determined by several factors :

The following antidepressants are the most typically used to treat persistent depressive disorder:

Ways to cope when living with persistent depressive disorder

Persistent depressive disorder is a chronic condition that can be hard to live with. It's not just sadness or low energy, but a deep and pervasive feeling of sadness or loss of interest in activities that used to bring joy. Living with dysthymia isn't easy, but there are things one can do to cope with one's symptoms and get the most out of life :

Dysthymia refers to as mild chronic depression which is less severe and has fewer symptoms than major depressive disorder, an individual with dysthymia displays depressive symptoms for a long period often 2 years or longer where they also experience major depression along with PDD, which is sometimes terms as "double depression". It can cause significant problems in a person's life, interfering with both work and social activities. Feelings of sadness, anxiety, or hopelessness are all depressive symptoms. The illness can also impair thinking, memory, eating, and sleeping. A significant depressive illness (clinical depression) prognosis suggests that a person has felt sad, gloomy, or worthless on most days for at least two weeks, in addition to other symptoms such as insomnia, loss of interest in activities, or appetite changes. There is no one treatment course for PDD. However, most people with persistent depressive disorder respond well to antidepressant medication, psychotherapy, or a combination of the two.