Google has become a partner of virtualization software maker VMware said that their partnership aim is to make easier for the enterprise Chromebook users to access Windows apps and the Windows desktop into their own platform. Now it has become easier for Chromebook users to experience Windows desktop using VMware’s Horizon desktop as a service (DaaS) which utilizes HTML5 Blast protocol of VMware. 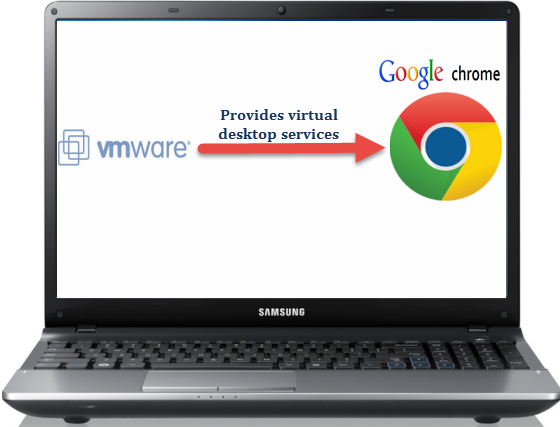 There is nothing new for Windows accessing the Remote machine on Chrome OS. Google provides their own app for Remote machine and this machine get facilitated with number of third-party options that provide similar services like Google. But services or app which offered to Remote machine are not secure for enterprises use. According to the company’s opinion, this launch will get an enterprise-ready result to the increasing number of businesses that have organized Chrome OS devices.

“VMware Horizon DaaS permits customers to consolidate other desktop surroundings and maintain these as a cloud service. Firstly, customers avail these services as an on-premise service or by VMWare vCloud Service Provider Partners (VSPPs) providing DaaS in the cloud or within hybrid deployments.

It is said by many users that, Chromebooks is best and better then Windows PCs and Macs. At present, all major manufacturer of PC will have a Chromebook on the market. VMWare, the company manufactures software to run various operating systems on the same system, is facilitating Windows to the Chromebook via the cloud.

So that, Chromebook user will be able to use a Windows desktop and all of their old legacy applications in VMWare’s Horizon.