Among 50% of the people in recent and modern times are suffering from sleep disorders, where they cannot vent into the process of their sleep cycle like the normal period. There are plenty of reasons for the occurrence of sleep disorders in them. One of the most serious issues is Non−24−Hour Sleep−Wake Disorder. The person mainly gets mentally and physically damaged, becoming insomniac or depressed, as the person lacks sleep in his/her whole day. 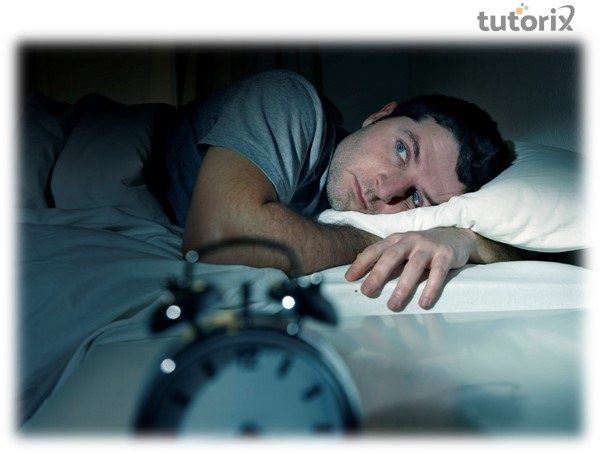 What is Non-24-Hour Sleep Wake Disorder?

Non-24-Hour Sleep-Wake Disorder (N24) is mainly referred to as a circadian rhythm sleep disorder where the biological clock of a specific individual cannot process with the methods of synchronization in correspondence to the 24-hour day format. The regular and the conventional timing of sleep of the individual gets delayed if someone has Non-24-Hour Sleep-Wake Disorder. They will find their timing of sleep delayed by minutes and then by hours gradually, in a daily manner. The person's biological clock gets damaged, and it also harms the person both physically and mentally.

There are serious issues within a person if the person is having Non-24-Hour Sleep-Wake Disorder. Lack of sleep mainly gives rise to chances of becoming an insomniac, and an individual cannot perform normal daily functions. Every person needs a long rest at night time with sufficient sleep. When a person is deprived of sleep, the person gradually becomes very weak and cannot carry out his/her regular line of work. The main effects that are noticed after having Non-24-Hour Sleep-Wake Disorder are −

Affected patients often experience drowsiness during the daytime with continuous periodic or cyclical episodes of poor sleep. This gives an ample number of chances for the rising of sleepiness during work hours, in the daytime. It has clearly been stated by medical doctors, psychiatrists, and sleep experts that a minimum of 6 hours and a maximum of 8 hours of sleep per day is essential for an individual human being. Getting deprived of the fixed hours during a specific time gives rise to Non-24-Hour Sleep-Wake Disorder. 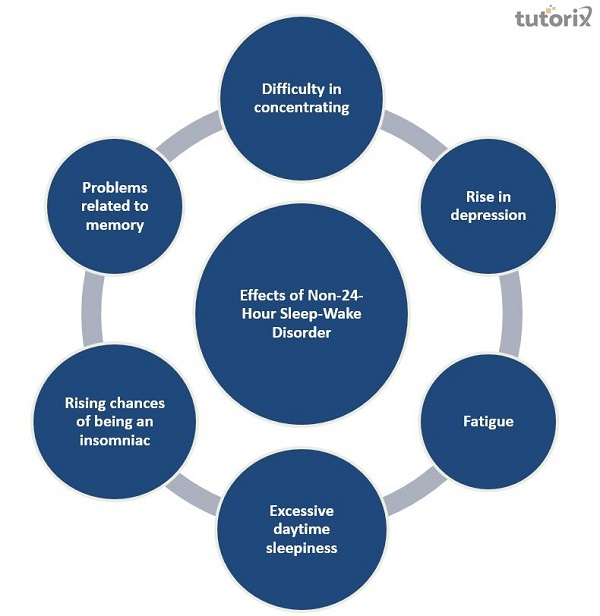 Following are the major causes −

Also, differences in the cellular clock function are responsible for causing Non−24−Hour Sleep−Wake Disorder in an individual. It is more of a biochemical basis in the process of the individual.

Non−24−Hour Sleep−Wake Disorder is a very serious issue if a person does have this problem within him/her. As a result, there is plenty number of studies that have proved that Non−24−Hour Sleep−Wake Disorder can also be treated. Supplements for Melatonin are one of the major antidotes for curing Non-24-Hour Sleep-Wake Disorder. As Melatonin helps in the probable chances of helping in sleep, this is why doctors often prescribe supplements of Melatonin to help the individual sleep. Similarly, the FDA-approved melatonin receptor agonist, Assimilation, is also prescribed simultaneously, and it should be taken at a specified hour before going into conventional bedtime. This prescribed melatonin helps the individual to sleep at the same time every night. Sleep hours are also maintained with the help of the prescribed doses of melatonin.