These disorders may manifest in various ways, including physical manifestations such as children's faces appearing different than average or difficulty eating. Different children with the same disease will cope in different ways. Some reach almost typical maturity, while others never get beyond the time it takes. There is now no treatment that can reverse the effects of this disease. However, nursing interventions may be helpful. Certain children may not make it to maturity, while others do. Due to the large variety of possible difficulties, it is recommended that one see a professional in this area. 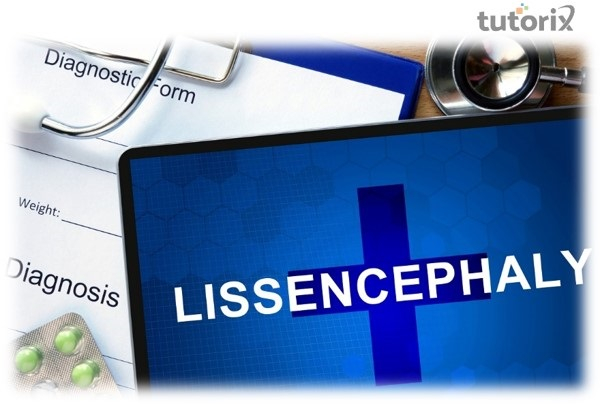 The term "soft brain" is used to describe a range of extreme as well as unusual brain abnormalities that afflict growing fetuses. One has gyri, like little peaks or wrinkles, and sulci, like little tracks or divots, in one's mind. Lissencephaly is characterized by the absence of gyri and sulci in the developing brain, giving the brain of an afflicted infant a more uniformly smooth appearance. Gyri and sulci increase one's mind's contact area and capacity to think abstractly and solve problems.

A wide variety of abnormalities may be brought on by lissencephaly. The two most important factors are whether the illness is part of the sickness and its severity. A small learning variation may allow some children to grow normally, while others could show a wide range of severe illnesses. Signs might also vary greatly in intensity. Different types of lissencephaly might cause different side effects, so it is crucial to speak to one's kid's medical provider about what to anticipate from one's kid's specific case. 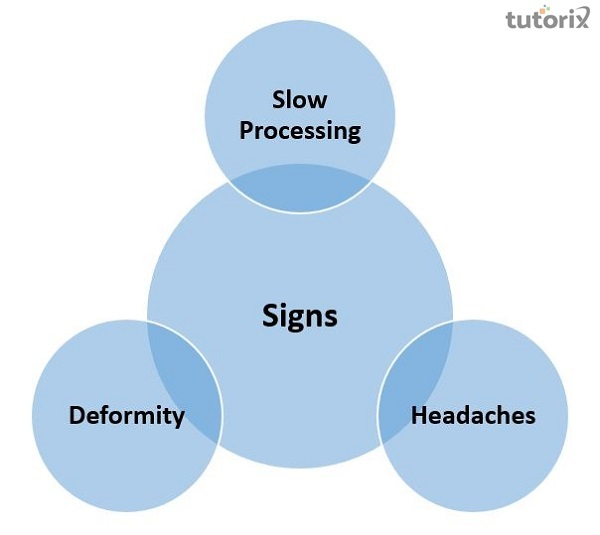 Caused by genetic and environmental causes, lissencephaly manifests in fetuses between the eleventh and 22nd weeks of gestation. Neuron transmission problems in the developing brain's periphery directly result from these circumstances. Several deep gyri and sulci may be found in the cerebral cortex, the region of one's brain that controls muscle activity and cognition. During normal growth and development, the tissue that will differentiate into nerve cells moves to the exterior of the fetal brain. Creating many specialized cells is the outcome of a process known as neuronal function. Gyri are made up of these stacked layers. There are not enough cell divisions in the cerebral cortex of a fetus with lissencephaly because the cells do not move to where they are meant to go. This results in abnormally small or underdeveloped gyri.

Non-Genetic − Possible medical conditions in the expecting mother or baby, particularly in the early stages of pregnancy. Oxygen deprivation to the baby's development a fetus in the womb.

Genetic − Lissencephaly may also be inherited and is caused by mutations in certain genes. Any alteration to the Genetic code is considered a mutation. One's DNA code is the blueprint that instructs one's cells how to operate. A genetic disorder might manifest itself in the body if the Genetic code is incomplete or altered. Depending on the inheritance, a kid might acquire a genetic abnormality from one or both biological parents. However, some abnormalities develop spontaneously with no family background of the abnormality at all.

Miller-Dieker syndrome (MDS) − In MDS patients, the cerebral cortex is largely agyric, with just a few patches of pachygyria. Polyhydramnios and low birth weight are two perinatal issues. Feeding issues and recurring chest infections are rather typical. Patients are normally hypotonic, but hypertonia can occur, especially in the limbs. They are severely impaired and have seizures in their first few months of life that are difficult to manage.

Isolated lissencephaly sequence (ILS) − ILS patients often exhibit a combination of agyria and pachygyria or primarily pachygyria. The Dutch research found a five-year survival rate of 91% in these individuals. Perinatal issues are infrequent, and patients usually present when they start having seizures; some also present with developmental delays. Otherwise, the clinical picture is identical to that of MDS, except that ILS patients are likelier to demonstrate small developmental accomplishments. The capacity to regulate their seizures also influences their progress. Patients are often microcephalic, with dysmorphic facial characteristics. The underlying brain abnormality can explain changes like bitemporal hollowing and a tiny jaw. Several individuals have short noses and narrow upper lips as well.

Imaging − Prenatal diagnosis of lissencephaly is possible if healthcare practitioners suspect the disorder from the mother's health information or a prenatal scan. Prenatal tests like amniocentesis and fetal MRI may detect lissencephaly (MRI). In most cases, a diagnosis of lissencephaly is made shortly after delivery using a combination of a physical examination and scanning of the brain. Medical professionals will search for a thicker cerebral cortex and a lack of sulci and gyri on the top of one's baby's brain while doing MRI tests to diagnose lissencephaly.

Children who have trouble eating may benefit from speech and swallowing treatment or a nasogastric tube device to help them take in more food. Medication is used to prevent, mitigate, or otherwise manage seizures. The use of physical and occupational therapy to aid with cognitive skill acquisition and loosen up muscle tension. Hydrocephalus is treated by inserting a conduit between the ventricles and the abdomen.

The degree of lissencephaly and whether or not it is part of the symptoms affect the prognosis for the disorder. Kids with lissencephaly often fail to progress through the infantile stage. Some, however, have just modest learning deficits but otherwise grow properly. The diagnosis of lissencephaly for one's kid might be difficult to comprehend. One's kid's medical professionals will provide a comprehensive treatment plan tailored to one's child's specific issues. Be there for one's kid always, giving them the care and affection they want and keeping an eye out for any changes in their condition that may need medical attention.