The word "dementia" conjures images of the elderly: A parent, a grandparent, an older neighbor. Most people view dementia as an "old person's" disease, and there is some truth to that perception: The Alzheimer's Association estimates that in America, one in nine people over 65 has dementia. Dementia is the general progressive deterioration of cognitive functioning due to brain dysfunction, often accompanied by changes in psychological and emotional states. 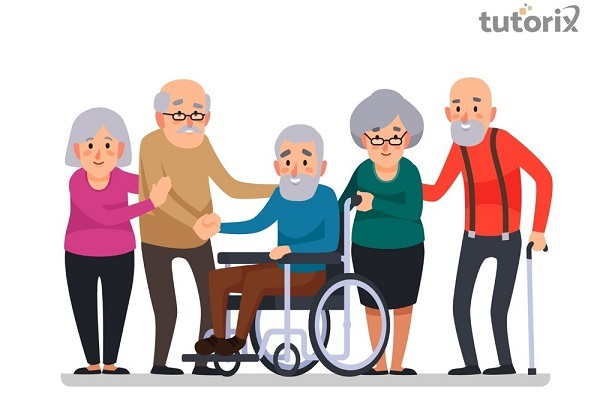 What is Lewy Body Dementia?

Lewy body dementia (LBD) is an age-associated neurodegenerative disorder producing progressive cognitive decline that interferes with normal life and daily activities. First described by Kenji Kosaka in 1976, Lewy Body Dementia (LBD) encompasses two clinical entities, namely dementia with Lewy body and Parkinson's disease dementia. It is a progressive degenerative brain condition marked by dementia, psychosis, and parkinsonian-like symptoms. The condition known as Lewy body dementia (LBD) is characterized by abnormal deposits of the protein alpha-synuclein in the brain. These deposits, called Lewy bodies or Lewy neurites, affect chemicals in the brain whose changes, in turn, can lead to problems with thinking, movement, behavior, and mood. Lewy body dementia is one of the third most common causes of dementia.

Lewy body dementia is a condition that is underdiagnosed because it is poorly understood, and its clinical features are shared by more widespread diseases like Parkinson's and Alzheimer's. However, studies have shown that it accounts for up to 20% to 30% of all dementia cases. The risk increases with age, and men are more likely to be affected. It is prevalent among Asian, African, and European races. A patient's risk is increased if they have a family history of Lewy body dementia or Parkinson's disease. 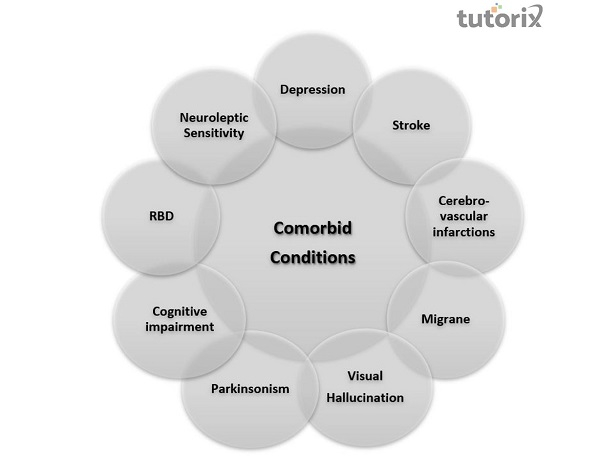 Symptoms vary among different individuals and fluctuate with time. The diagnosis of Lewy body dementia necessitates a thorough clinical examination because many of its symptoms overlap with those of other dementia disorders.

Lewy body dementia corresponds to conditions of major neurocognitive disorder. This disorder included progressive cognitive impairment with early changes in complex attention and executive function rather than learning and memory, recurrent complex visual hallucinations, and indications of rapid eye movement (REM) sleep behavior disorder. Hallucinations may also be found in other sensory modalities, including depression and delusions. The symptoms fluctuate in a pattern resembling delirium, but no adequate underlying cause can be found.

Another core feature is spontaneous Parkinsonism, which must begin after the onset of cognitive decline. By convention, major cognitive deficits are observed at least one year before the motor symptoms. Parkinsonism must also be distinguished from extrapyramidal symptoms caused by neuroleptics.

There is no known etiology for Lewy body dementia. There has been no conclusive identification of a trigger for the accumulation of alpha-synuclein deposits in the central nervous system. Lewy body dementia is believed to be typically caused by interactions of genetic and environmental influences.

Most Lewy body dementia cases show loss of pigmented, dopaminergic neurons. Lewy body dementia is characterized by the development of abnormal collections of alpha-synuclein protein within diseased brain neurons, manifesting as Lewy bodies and Lewy neurites. When these protein clumps accumulate, neurons perform less optimally and eventually die. Neuronal loss in Lewy body dementia leads to profound dopamine dysfunction and marked cholinergic pathology; other neurotransmitters might be affected, but less is known about them. Damage in the brain is extensive, impacting many domains of functioning. Loss of acetylcholine-producing neurons accounts for degeneration in memory and learning, while the death of dopamine-producing neurons appears responsible for the degeneration of behavior, cognition, mood, movement, motivation, and sleep.

Caregiving - Following a diagnosis of Lewy body dementia, a person may benefit from seeing a neurologist specializing in dementia and movement disorders. Physical, speech, and occupational therapists, as well as mental health and palliative care experts, may be helpful depending on a person's specific symptoms.

Medication - Cholinesterase inhibitors are used to treat the cognitive symptoms of Lewy body dementia and are the mainstay of treatment. These include rivastigmine, galantamine, and donepezil. Carbidopa-Levodopa is used to treat movement symptoms. However, it has serious side effects and should be used cautiously on such patients. Antipsychotics may also treat hallucinations that cause significant distress in patients not responding to standard cholinesterase inhibitors. Commonly used drugs include pimavanserin and clozapine.

Many avenues of research are being explored to improve the understanding of Lewy body dementia. Scientists are trying to identify biomarkers, enhance screening procedures to aid diagnosis, and research new treatments. New knowledge about Lewy body dementia will one day lead to more effective treatments and ways to cure and prevent the disorder.