In this chapter, we will study about Creating Submenus in Joomla step by step. Submenu is a menu accessed from a general menu, it can be either shown as one menu with more than two levels or as separate menu modules.

Following are the simple steps to create submenus in Joomla.

Step 1 − Click on Menus → Menu Manager as shown below. 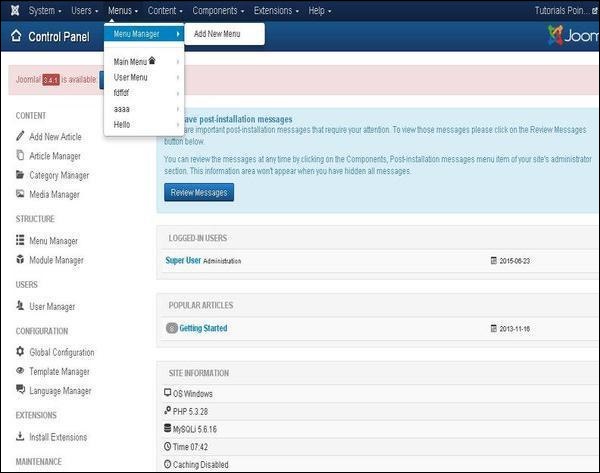 Step 2 − After clicking on Menu Manager you will get the following screen. Here we have already created a menu as Menu1 as shown below.

Step 3 − Click directly on Menu1 link, you get the following screen. 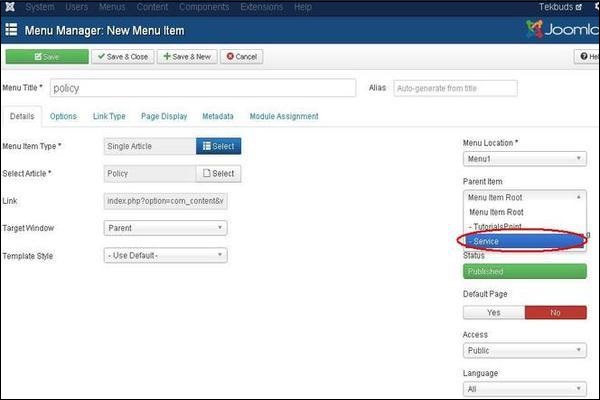 Follow the same steps to create menu from the chapter Joomla - Create Menus. But here we are creating submenus for Service so we have to use Menu Location as Menu1 and Select Parent Item as Service.

Step 7 − After you have finished creating submenus in menu items, the Menu Manager − Menu Items will look like as shown below. We can see that there are two submenus present below the Service Menu. 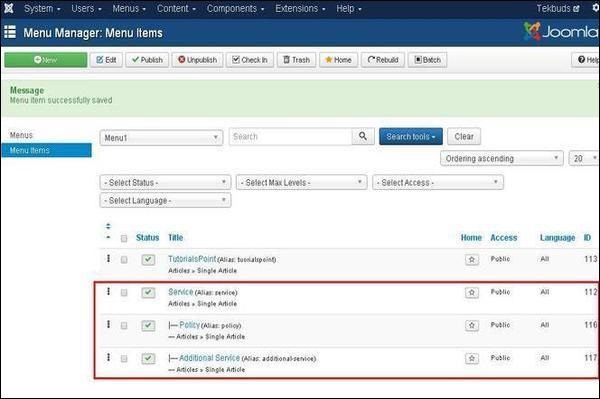 Step 8 − Repeating the above steps, we can create many similar submenus for other than service menu also. 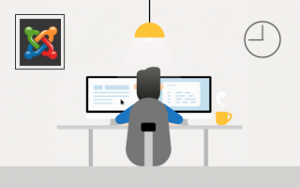