ITIL is a framework providing best practice guidelines on all aspects of end to end service management. It covers a complete spectrum of people, processes, products and use of partners.

Now a days, ITIL is being practiced by almost every company providing IT services to its customers. 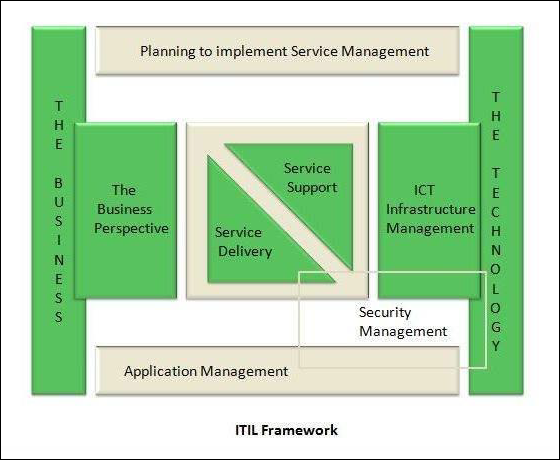 The processes, tasks and checklists described in ITIL are not organization-specific, but can be implemented by any organization. It gives organization a framework to plan, implement and measure IT services.

ITIL was published in 1989 by Her Majesty's Stationery Office (HMSO) in UK on behalf of the Central Communications and Telecommunications Agency (CCTA), now subsumed within the Office of Government Commerce (OGC).

Why ITIL is required?

ITIL helps business managers and IT managers to deliver services to the customers in an effective manner and hence gaining the customer’s confidence and satisfaction. The areas where ITIL plays an effective role are as given below −

In its first form, ITIL was a collection of books which covered all aspects of IT service management. Since then, ITIL underwent many changes and thus many versions of ITIL exist as given below −

This is the first version of ITIL and comprised 31 books initially.

The V1 was replaced with 7 books and gained much prominence during 2000 to 2004. Many companies across several countries currently are adopting this version and this has become an accepted version too.

This is yet another modified and consolidated version of the previous ITILV2 and this is called with 3rd version of ITIL, consisting of five core books covering the service lifecycle. ITIL V3 included 26 processes and 4 functions. 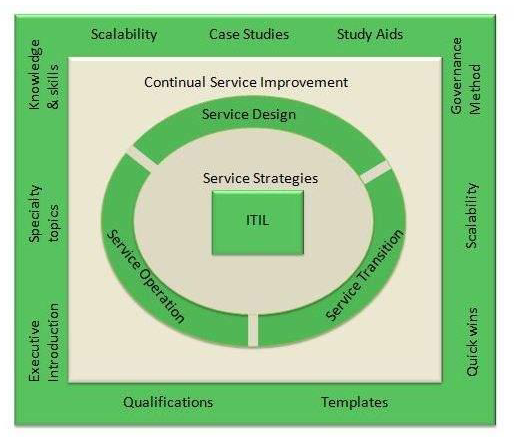 The following diagram shows the benefits that ITIL offers − 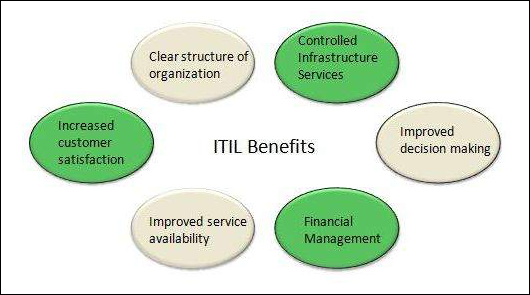