How safe is it surfing on 4G Vs WiFi? 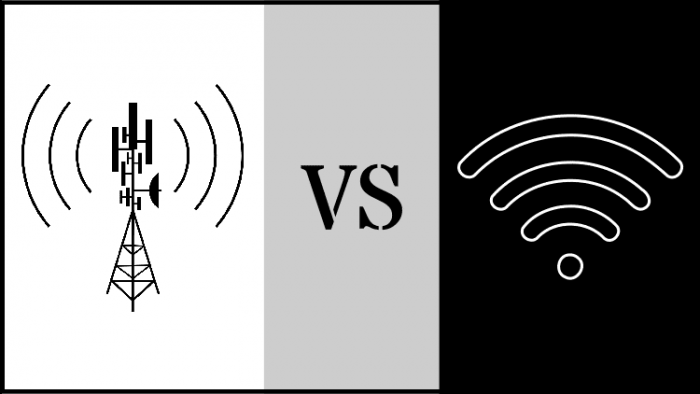 WiFi networks are of two types, public and private.

It is hazardous to surf on public WiFi. You never know when some hacker is gaining access to your system through this and may contaminate viruses and malware to all the connected devices through that WiFi.

Public WiFi is Not Safe

Public WiFi is never safe because of two main reasons −

But in private WiFi, if you do not set up your router securely, all these risks exist there too. Let’s say, for example, if your password is too easy to guess or you have shared it with your friends, then it becomes easy for hackers to breach its security and enter your network.

4G is better than WiFi

If you are using 4G connections, it enables you to access the Internet directly from the cellular tower of networks. Here the internet signals are received in the same encrypted way, the way you receive phone calls. Hence you can access this 4G internet anywhere around the globe if you have cellular towers around you of the network you are using.

These 4G connections are always encrypted, and hence they are for sure safer than WiFi, but you can never guarantee that any network is 100% secure. However, since 4G is a comparatively newer technology than WiFi, it becomes a little bit difficult to hack it.

And often, these network companies hire white-hat hackers to test whether their network can easily be hacked or not. The most common way through which a 4G network may be hacked has been termed a “Man-in-the-middle” attack where the third party holds themselves between two communicating parties like user and application.

Thus, using 4G for surfing is definitely safer than WiFi networks, but if ever you have to use the WiFi in an emergency, you can always be a little safer by using it in VPN mode and all your online activities would be protected.

To conclude, if you want to make a list of three, the 4G network tops the list, followed by Private WiFi and then obviously public WiFi for whatever reasons mentioned above in terms of security.