What does the term "Counselor" mean? Someone who provides guidance or helps people make their career path or sell products? Either of these qualities is related to the post of a counselor. Nevertheless, the correct definition of a counselor in the psychological world is something else. For a long time, people did not have any concrete definition of what a counselor is, what s/he does, their role, and so on. Why do people need to visit a counseling psychologist? It is a myth that only people who are mentally ill visit counselors. People can take counseling for various reasons like:

What is the Meaning of Counselling? 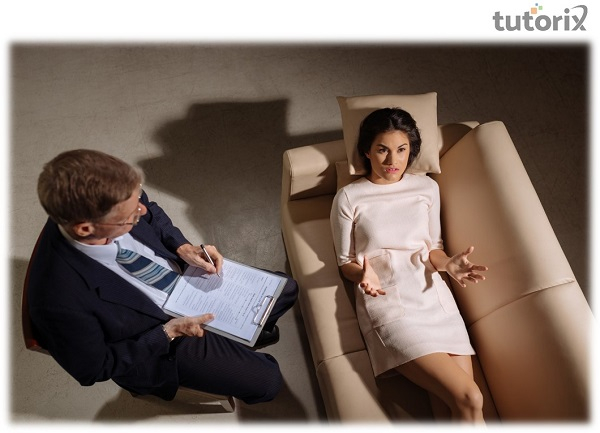 Counseling stems from the Progressive Guidance Movement of the 1900s and focuses on prevention and purposefulness. It aims to prevent mental health issues like anxiety, stress, depression, etc., and to help the client find his/her purpose and fulfill their potential.

Counseling is different from guidance as guidance helps people choose among various options. However, in counselling, a person is made aware of their potential and helps them bring a positive change. Psychotherapy or therapy is a long-term process between the client and the therapist, and the roles of counselors and therapists usually overlap.

Counselling has specific goals, such as encouraging people to make their own decisions, teaching stress management, and providing advice on how to maintain loving and friendly relationships.

Now, let us trace the historical development of counseling through decades of growth.

People of various professions shared counseling during this era. Counseling during that time meant advising other people. The concept of giving advice developed due to the need to help people adversely affected by the Industrial revolution. Social Justice evolved due to helping people deal with themselves and their perception of others. Most people who saw themselves as counselors were teachers, advocates, and social workers who helped people see themselves and care for themselves and others.

In 1909, three pioneers helped form the basis of counseling; Frank Parsons, Jesse B.Davis, and Clifford Beers. Frank Parsons, the Founder of Guidance, advocated for growth and prevention. He is recognised for establishing Boston's Vocational Bureau in 1908, which was a significant step toward institutionalising career counselling. Parsons assisted young people at the Bureau who were deciding what careers to pursue. He "envisioned a practice of vocational counselling grounded in reason and logic, with service, empathy, teamwork, and social justice as its guiding principles." He believed that choosing a vocation was influenced by knowledge of work, knowledge of self, and a matching of the two through "true reasoning."

Jesse B. Davis proposed that public schools should have systematic guidance programs where teachers teach their students to build their character and prevent problems. Clifford Beers was institutionalized for depression, and he observed that the mental health institutions were poorly equipped. He advocated for better mental health facilities.

In 1913, National Vocational Guidance Association (NVGA) was founded, the forerunner of the American Counselling Association. During World War 1, counseling became an utmost priority to deal with war's traumas and recruit mentally sound soldiers. Army Alpha and Army Beta tests were devised, and the concept of psychometric tests was devised. In the 1920s, the Education of Counsellor program was started at Harvard University, emphasizing vocational guidance. Certification for counselors began, and the first marriage and family counseling center was opened in New York City.

E.G. Williamson gave the first counseling theory in which he focused on a direct, counselor-centered approach. There was a broadening in the horizon of counseling beyond occupational concerns. 1n the 1940s, Carl Rogers gave the concept of the Nondirective Approach to counseling, in which he emphasized that the client was responsible for his/her growth. After the war, the US government funded Counsellor training institutes. The Veterans Administration "rewrote specifications for vocational counselors and coined the term 'counseling psychologist.'

The 1950s are the most important decade for developing counseling psychology as a new profession. Some major landmarks are:

The introduction of new guidance and counseling theories. Before the 1950s, the focus was on four major theories; Psychoanalytic, Humanistic, Traits, and factor and Behavioral. Nevertheless, the attention shifted to Wople's Systematic Desensitisation, the cognitive theories of Ellis and Beck.

During the 1960s, the following were the important developments:

In the 1970s, the Helping Skills Program was launched and licensing began. When counseling was diversified, new specialized training was offered in counseling. In 1973, ACES outlined the standards for a master's degree in counseling.

In 1980, counseling psychology was more Standardized in training and certification. In 1982, the National Board for Certified Counsellors was formed. Counseling in this decade evolved into a more distinct profession and paid more attention to human growth and development. In the 1990s, counselling was the first time included in the health care Human Resource Statistics compiled by the Centre of Mental Health Services and the National Institute of Mental Health. There was an increase in managed health care organizations.

Counseling psychology evolved from being advice to establishing a name for itself in the healthcare system. It found its own identity and helped people find new professions. The field of psychology has been evolving and has included trauma, PTSD, crisis counseling, and more. In India, we still have a long way to go, but counseling is a well-established system in Western countries. Counseling deals with promoting wellness, concern for social justice and advocacy, leadership, personal growth, etc.