Histories of the Normal and the Abnormal

Laughing at a funeral, throwing things when angry, drug abuse, self-harm (and many more) have one thing in common - they are all not 'normal' behaviors. But then again, what is normal behavior? Who gets to decide what is normal? The word normal started with a completely different meaning than what we understand of it today, but with time it acquired the meaning of "in conformity with rule, normal" (from the Latin word "normālis"). From here, the word was adapted to English to "conforming to common standards or established order or usage, regular, usual. "Thinking about it this way, normal is anything that the masses agree upon and accept. However, that is not all there is to normality; There are many shades of normality. Culture, circumstances, upbringing, social norms, expectations, past actions, values, and attitudes all decide what will be considered normal.

Psychology too studies normality; This can be seen in assessing, treating, and preventing psychological disorders. Psychological disorders, according to experts, are "any condition characterized by cognitive and emotional disturbances, abnormal behaviors, impaired functioning, or any combination of these. "In simpler terms, any impairment in thoughts, feelings, behaviors, functioning, or a combination of all these factors underlies a mental disorder. Abnormal psychology is the branch of psychology studying mental disorders. In other words, "it refers to the scientific study of people who are atypical or unusual, intending to be able to reliably predict, explain, diagnose, identify the causes of, and treat maladaptive behaviors. "Psychopathology is a more sensitive and less stigmatizing term for this field of study.

Although the term psychopathology is relatively new, the concepts are not. Digging through history, we realize that 'abnormal behavior' and its study is not new.

Initially, terms like abnormal or mental disorder were not in use; but that does not mean the concept did not exist either. Throughout history, various terms and slags emerged to express 'not normal. Terms like unstable, madness, insanity, crazy, distressed, nuts, mental illness, and many more expressed human life's 'not-normal' aspect.

The earliest reference goes far back to ancient Chinese, Greek, Hebrew, and Egyptian cultures, where abnormality was attributed to possession by gods and demons. If the person 'possessed' appeared to have a godly or mystical halo, it was assumed that a good spirit or god possessed them; Such individuals were revered. However, if they acted badly or dangerously, then it was belied that a bad spirit or demon possessed them.

Later, Hippocrates, often regarded as the father of modern medicine, opined that the brain is the central organ of the human body and was the center of all intellectual activity. It was brain pathology that was responsible for mental disorders. 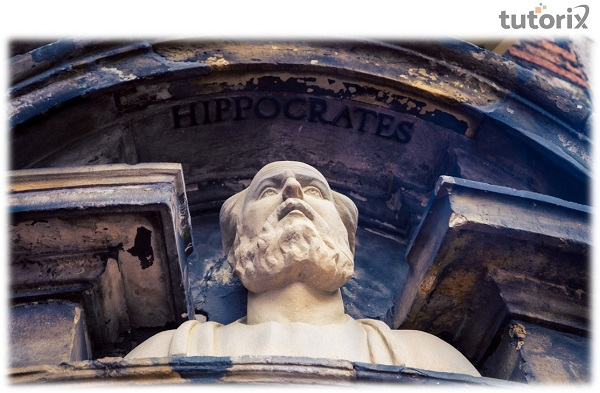 Besides this, Hippocrates is also credited with giving the earliest theory of personality - The doctrine of four humors. The Greek philosopher Plato studied criminals who showed mental disturbance, making a case for them.

According to him, these individuals should not be punished in accordance with the normal standards and laws. He also made provisions for community care for mentally unstable individuals. He also talked about individual differences in intellectual and other abilities and took the influence of sociocultural aspects in thinking and behavior. Aristotle, too, wrote about mental disorders extensively and described consciousness.

The Middle Ages established the first mental hospital in Baghdad in 792 A.D. and then later in Damascus and Aleppo Damascus and Aleppo. Here, mentally unstable individuals received humane treatment. Avicenna from Persia (c. 980–1037) is a figure worth mentioning, the "prince of physicians." He wrote about hysteria, epilepsy, manic reactions, and melancholia.

Around the same time, there was a limited scientific inquiry into abnormal behavior in Europe, and most psychologically disturbed individuals were cured through rituals and superstitions. Throughout the middle ages, especially towards the end, mental disorders were prevalent in Europe, and supernatural explanations for abnormality were popular. During this time, disorders like mass madness or hysteria, tarantism (uncontrolled impulse to dance), and lycanthropy (Belief of possession by wolves) were being studied.

Treatment of mental disorders was left for the clergy class, and monasteries served the purpose of refuges and confinement. Exorcism was also performed for treatment purposes. Furthermore, many people who showed signs of 'possession' were believed to be witches, and witch hunts were organized to punish them, mostly by killing.

Towards the end of the middle ages and with Renaissance, an interest in scientific inquiry re-emerged, and the ideas of demonology declined. Johann Weyer (1515–1588) became the first physician specializing in mental illness.

Today, he is regarded as the founder of the modern study of psychopathology. Religious establishments are devoted to taking care of individuals with mental disorders. However, by the mid-sixteenth Century, the situation turned worse when asylums came into the picture. Recognizing that private homes and community residences cannot hold all mentally disturbed individuals, especially those with more severe symptoms, hospitals were converted into asylums to take care of these individuals. Nevertheless, with time, these asylums turned into a prison-like establishments where mentally disturbed individuals were treated with cruelty.

With the onset of 1800, situations became better again. Philippe Pinel (1745–1826) was an important figure who was then chief of La Bicêtre, an asylum in Paris.

According to him, the patients should be treated with kindness instead of cruelty and reformed the asylum. William Tuke (1732–1819) also stated a similar reform in England.

This approach was called moral treatment and was found to be extremely successful. However, this approach could also not stand the test of time and declined due to shortages of money and human resources in hospitals, emerging stigma against mentally disturbed people, and the fact that the treatment was insufficient for patients with severe symptoms.

With the decline in moral treatment, two perspectives started growing. The first was the somatogenic perspective, according to which abnormal psychological functioning had physical causes, and the other was the psychogenic perspective, which put forth the idea that the chief causes of abnormal functioning are psychological. Much research and work were done on both these approaches; Some yielded results, and some did not. It was in the 1950s when some effective medications were developed for the first time, and from there on, new doors were opened. Studies on hypnotism also started giving results around this time. All these developments started providing grounds for modern studies of abnormal psychology.

Over the last decade, major advancements have happened in studying and treating mental disorders. With the introduction of psychotropic medications, large-scale deinstitutionalization occurred, and many mentally disturbed patients were released from public mental hospitals. A community mental health approach was promoted, asking for community care for mentally disturbed patients. There is also a growing emphasis on the prevention of mental disorders and the promotion of mental health. In addition, with new branches of psychology, like positive psychology and multicultural psychology, the prevention of mental disorders has taken new perspectives.