A good routing algorithm should process properties such as correctness, simplicity, robustness, stability, fairness, and optimality.

Fixed routing is used to find a single permanent route for each source-to-destination pair. It determines the routes using a least-cost algorithm and the routes are fixed at least until a change occurs in the network topology. 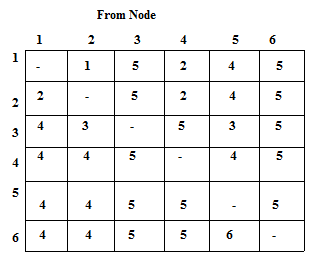 Routing table with different nodes of the network

The following routing table is created for all six nodes. The routing table can be created using the least-min path or the min-hop reach method.

In a flooding algorithm, network information is not required. It sends the packet by a node to every neighbor. 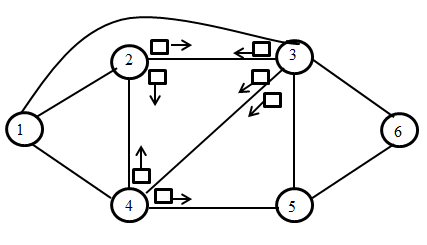 This diagram uses all the possible paths − 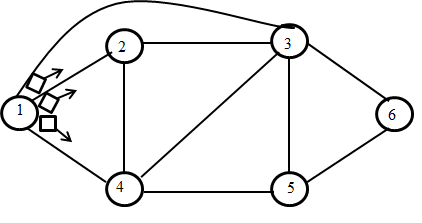