Erik Erikson was one of the most influential academicians who worked on personality and developmental psychology. Not only was he the first among modern psychologists to propose a lifespan development model, but he also incorporated the concept of identity into his conceptualizations. He considered identity formation to be an important aspect of psychosocial development. The identity proposed by Erikson has been discussed in the upcoming sections.

Erik Erikson conceptualized identity as an amalgamation of one's experiences, beliefs, values, and memories that shape one's perceptions of self. This identity, he suggested, develops over the whole course of one's life. Related to this concept was Erikson's "ego identity," which he suggested was a sense of identity that plays a critical role in maintaining continuity in life, especially in times of change. An effective ego identity can be understood as a strong sense of self.

Erikson was not a complete determinist, and he suggested three main factors that affect identity development in an individual. 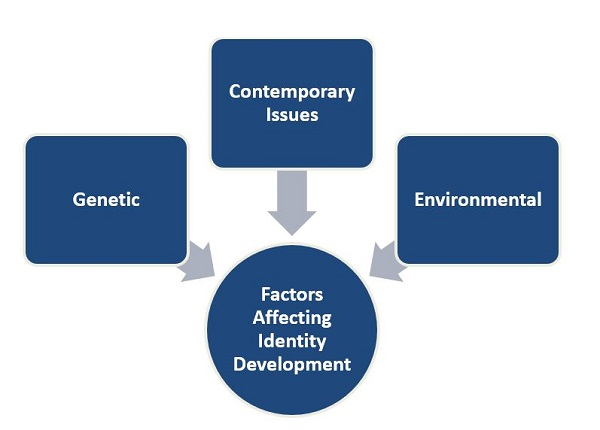 Identity-related crises and conflicts are experienced in all stages of life, but of great importance are the identity crises of adolescents and midlife crises, when one experiences a greater amount of conflict about one's own identity. Many personal and social actions can resolve identity conflicts and crises. Sometimes, when the crisis is severe and debilitating, psychological help may also be required.

Identity is an important part of one's being and has been conceptualized over time by many academicians. One such academician whose propositions were revolutionary is Erikson. His theory gives great insight into the concept of identity and how it develops over a lifespan. Erikson is relevant to identity formation during adolescence, which he considers one of the most critical periods in identity development. Thus, Erikson's conceptualization of identity is relevant to understanding development even decades after its proposition.