Parts of an Eclipse Window

The major visible parts of an eclipse window are − 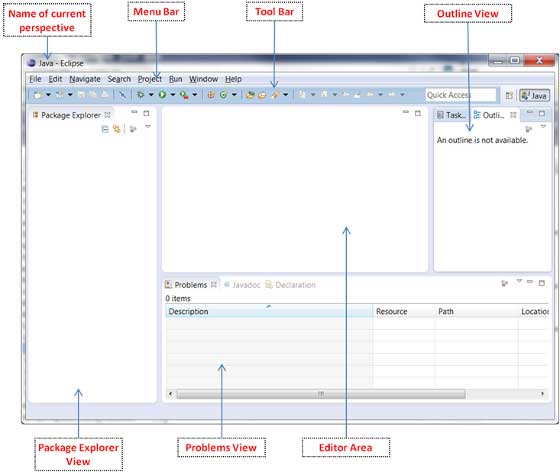 The eclipse window can contain multiple editors and views but only one of them is active at any given point of time. The title bar of the active editor or view looks different from all the others.

The UI elements on the menu bar and tool bar represent commands that can be triggered by an end user.

Multiple Eclipse Windows can be open at the same time. To open a new window, click on the Windows menu and select the New Window menu item.