A button is a widget which can be assigned for some particular task or event. However, to dynamically resize or position the button widget, we can configure its position and layout using the Grid module in tkinter. To resize the button dynamically, we can use rowconfiguration() and coloumnconfiguration() methods.

In a tkinter Grid system, there are four attributes which can be used to resize any widget. These attributes generally refer to the direction such as North, South, East, and West. To make the buttons responsive and dynamically resizable according to the screen or window size, we have to use the row and column property in it.

Running the above code will generate the output and display two buttons horizontally in a row−order, which can be dynamically resizable according to screen or window size. 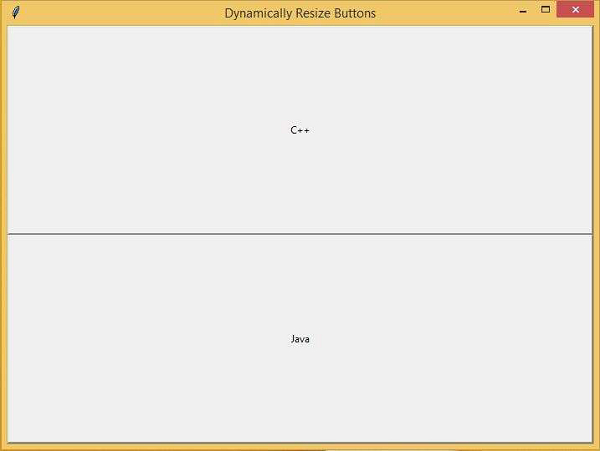