To see the storage driver being used, issue the docker info command.

The following output shows that the main driver used is the aufs driver and that the root directory is stored in /var/lib/docker/aufs. 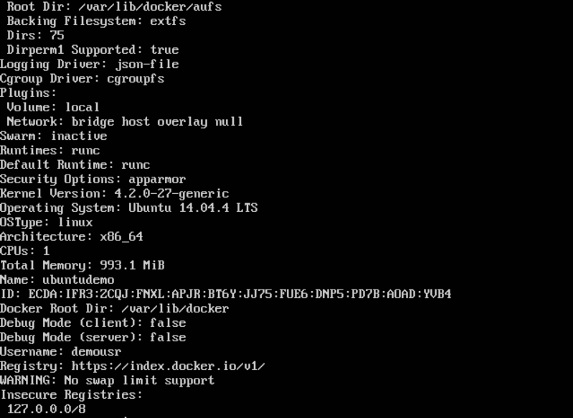 In Docker, you have a separate volume that can shared across containers. These are known as data volumes. Some of the features of data volume are −

Let’s look at our Jenkins container. Let’s do a docker inspect to see the details of this image. We can issue the following command to write the output of the docker inspect command to a text file and then view the file accordingly.

When you view the text file using the more command, you will see an entry as JENKINS_HOME=/var/Jenkins_home.

This is the mapping that is done within the container via the Jenkins image. 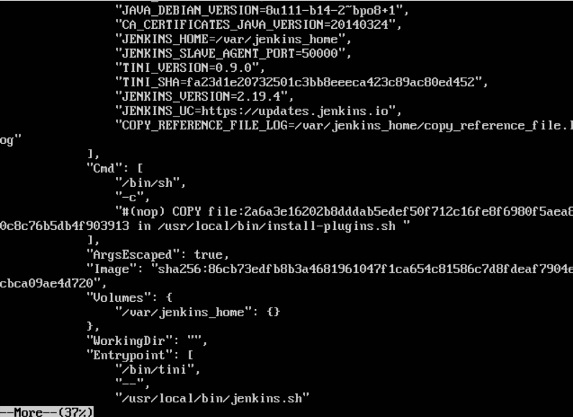 Now suppose you wanted to map the volume in the container to a local volume, then you need to specify the –v option when launching the container. An example is shown below −

The –v option is used to map the volume in the container which is /var/jenkins_home to a location on our Docker Host which is /home/demo.

Now if you go to the /home/demo location on your Docker Host after launching your container, you will see all the container files present there.

Changing the Storage Driver for a Container

If you wanted to change to the storage driver used for a container, you can do so when launching the container. This can be done by using the –volume-driver parameter when using the docker run command. An example is given below −

The –volume-driver option is used to specify another storage driver for the container.

To confirm that the driver has been changed, first let’s use the docker ps command to see the running containers and get the container ID. So, issue the following command first −

Then issue a docker inspect against the container and put the output in a text file using the command.

If you browse through the text file and go to the line which says VolumeDriver, you will see that the driver name has been changed. 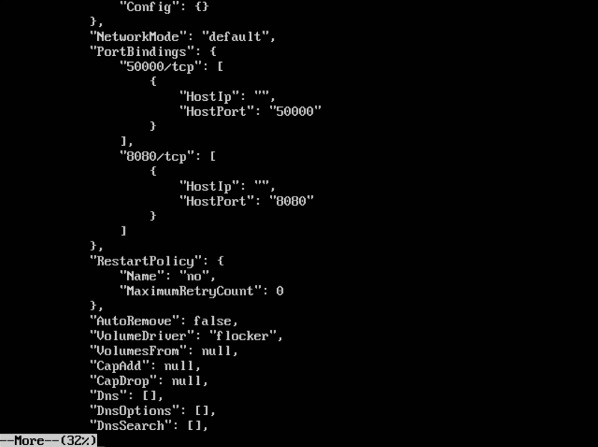 A volume can be created beforehand using the docker command. Let’s learn more about this command.

The command will output the name of the volume created.

In the above command, we are creating a volume of size 100MB and with a name of demo.

The output of the above command is shown below −

Listing all the Volumes

You can also list all the docker volumes on a docker host. More details on this command is given below −

The command will output all the volumes on the docker host.

The output of the above command is shown below −