We have already learnt how to use Docker File to build our own custom images. Now let’s see how we can build a web server image which can be used to build containers.

In our example, we are going to use the Apache Web Server on Ubuntu to build our image. Let’s follow the steps given below, to build our web server Docker file.

Step 1 − The first step is to build our Docker File. Let’s use vim and create a Docker File with the following information.

The following points need to be noted about the above statements −

Now that the file details have been entered, just save the file.

Step 2 − Run the Docker build command to build the Docker file. It can be done using the following command −

We are tagging our image as mywebserver. Once the image is built, you will get a successful message that the file has been built. 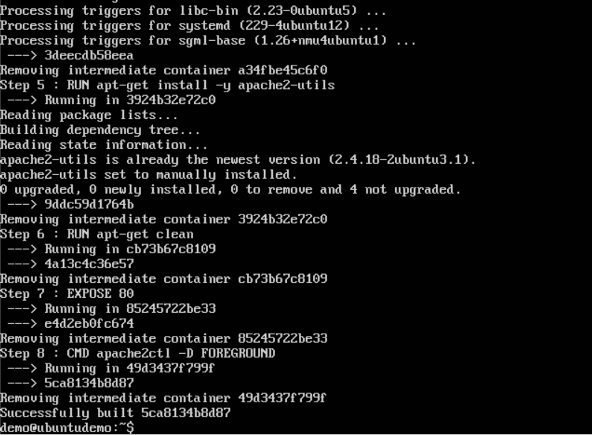 Step 3 − Now that the web server file has been built, it’s now time to create a container from the image. We can do this with the Docker run command.

If you go to port 80 of the Docker host in your web browser, you will now see that Apache is up and running. 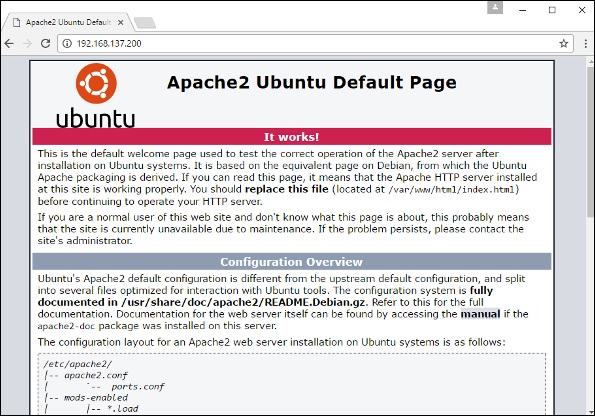