Let’s learn more about this command.

This method allows the users to build their own Docker images.

From the output, you will first see that the Ubuntu Image will be downloaded from Docker Hub, because there is no image available locally on the machine.

Finally, when the build is complete, all the necessary commands would have run on the image. 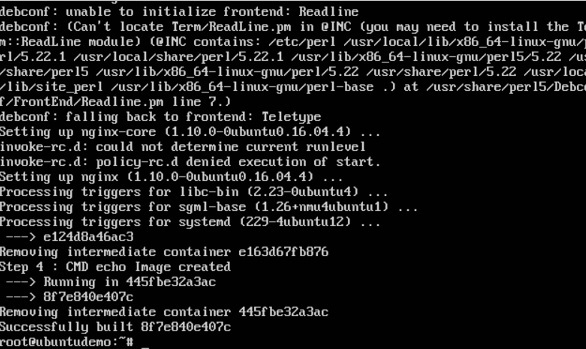 You will then see the successfully built message and the ID of the new Image. When you run the Docker images command, you would then be able to see your new image.

You can now build containers from your new Image.