MongoDB is a famous document-oriented database that is used by many modern-day web applications. Since MongoDB is a popular database for development, Docker has also ensured it has support for MongoDB.

We will now see the various steps for getting the Docker container for MongoDB up and running.

Step 1 − The first step is to pull the image from Docker Hub. When you log into Docker Hub, you will be able to search and see the image for Mongo as shown below. Just type in Mongo in the search box and click on the Mongo (official) link which comes up in the search results. 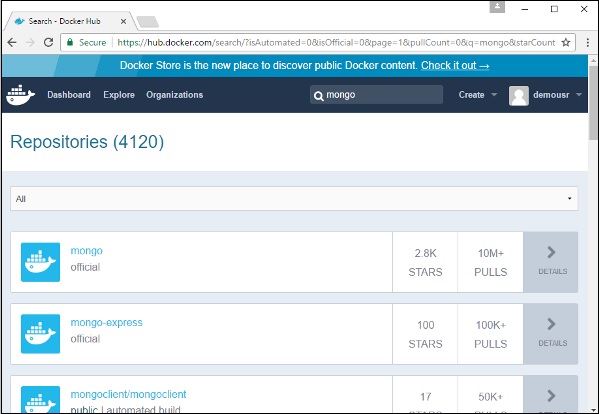 Step 2 − You will see that the Docker pull command for Mongo in the details of the repository in Docker Hub. 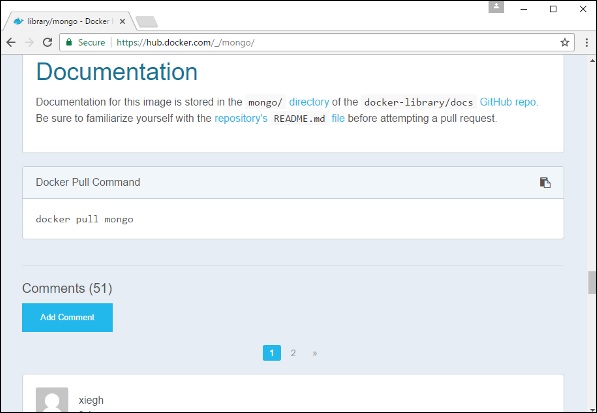 Step 3 − On the Docker Host, use the Docker pull command as shown above to download the latest Mongo image from Docker Hub.

Step 4 − Now that we have the image for Mongo, let’s first run a MongoDB container which will be our instance for MongoDB. For this, we will issue the following command −

The following points can be noted about the above command −

Take a note of the following points −

Step 5 − Now let’s spin up another container which will act as our client which will be used to connect to the MongoDB database. Let’s issue the following command for this −

The following points can be noted about the above command −

You will now be in the new container.

Step 6 − Run the env command in the new container to see the details of how to connect to the MongoDB server container. 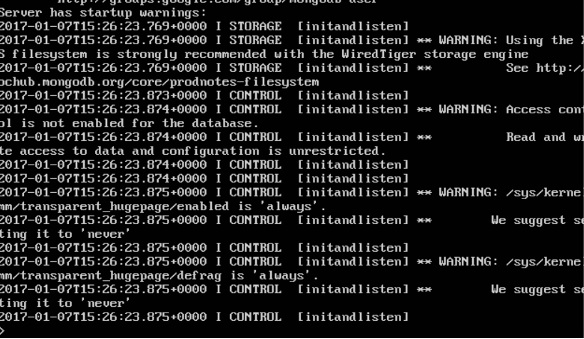 Step 6 − Now it’s time to connect to the MongoDB server from the client container. We can do this via the following command −

The following points need to be noted about the above command

Once you run the command, you will then be connected to the MongoDB database. 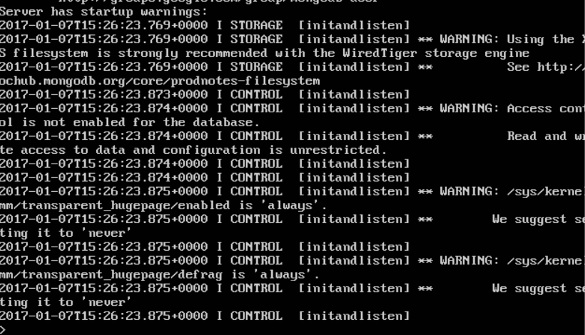 You can then run any MongoDB command in the command prompt. In our example, we are running the following command −

This command is a MongoDB command which is used to switch to a database name demo. If the database is not available, it will be created. 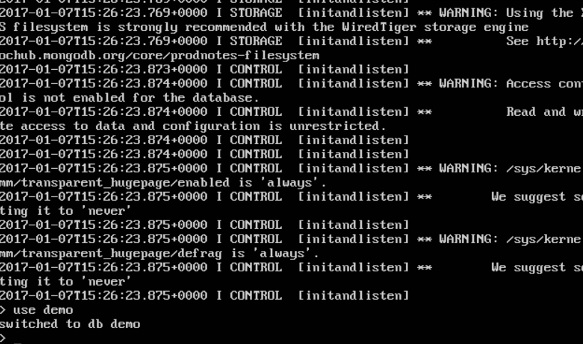 Now you have successfully created a client and server MongoDB container.