Sampling is defined as, “The process of measuring the instantaneous values of continuous-time signal in a discrete form.”

Sample is a piece of data taken from the whole data which is continuous in the time domain. 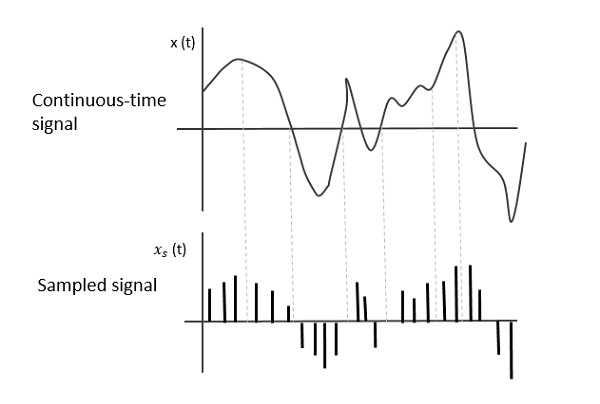 To discretize the signals, the gap between the samples should be fixed. That gap can be termed as a sampling period Ts.

For an analog signal to be reconstructed from the digitized signal, the sampling rate should be highly considered. The rate of sampling should be such that the data in the message signal should neither be lost nor it should get over-lapped. Hence, a rate was fixed for this, called as Nyquist rate.

This rate of sampling is called as Nyquist rate.

A theorem called, Sampling Theorem, was stated on the theory of this Nyquist rate.

The sampling theorem states that, “a signal can be exactly reproduced if it is sampled at the rate fs which is greater than twice the maximum frequency W.”

To understand this sampling theorem, let us consider a band-limited signal, i.e., a signal whose value is non-zero between some –W and W Hertz.

For the continuous-time signal x (t), the band-limited signal in frequency domain, can be represented as shown in the following figure. 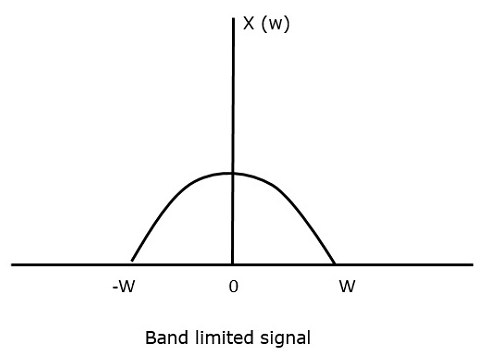 The following figure explains a signal, if sampled at a higher rate than 2w in the frequency domain. 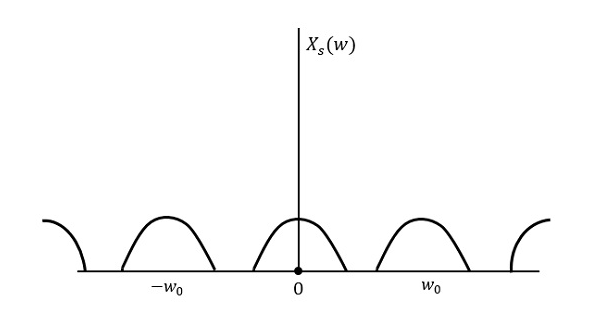 The above figure shows the Fourier transform of a signal $x_{s}(t)$. Here, the information is reproduced without any loss. There is no mixing up and hence recovery is possible.

The Fourier Transform of the signal $x_{s}(t)$ is 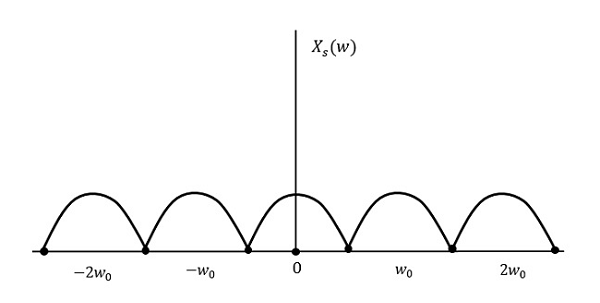 The result will be as shown in the above figure. The information is replaced without any loss. Hence, this is also a good sampling rate.

Now, let us look at the condition,

The resultant pattern will look like the following figure. 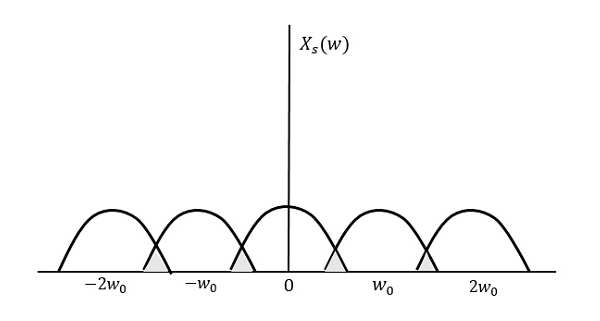 The corrective measures taken to reduce the effect of Aliasing are −

This choice of having the sampling rate higher than Nyquist rate, also helps in the easier design of the reconstruction filter at the receiver.

It is generally observed that, we seek the help of Fourier series and Fourier transforms in analyzing the signals and also in proving theorems. It is because −

In the next chapter, let us discuss about the concept of Quantization.