The digitization of analog signals involves the rounding off of the values which are approximately equal to the analog values. The method of sampling chooses a few points on the analog signal and then these points are joined to round off the value to a near stabilized value. Such a process is called as Quantization.

The analog-to-digital converters perform this type of function to create a series of digital values out of the given analog signal. The following figure represents an analog signal. This signal to get converted into digital, has to undergo sampling and quantizing. 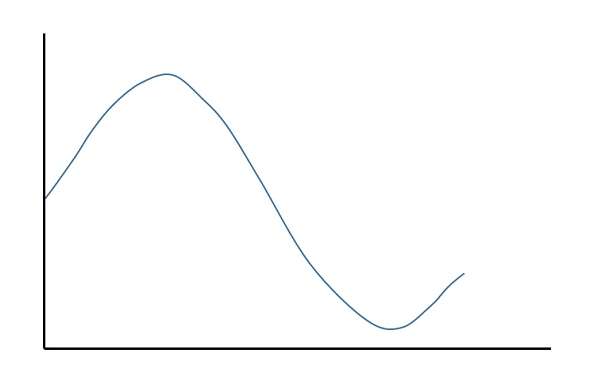 The quantizing of an analog signal is done by discretizing the signal with a number of quantization levels. Quantization is representing the sampled values of the amplitude by a finite set of levels, which means converting a continuous-amplitude sample into a discrete-time signal. 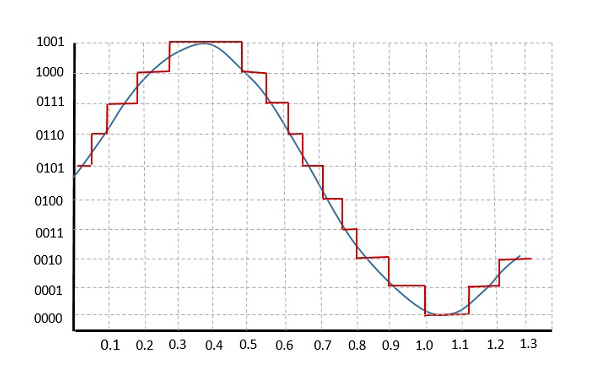 The following figure shows the resultant quantized signal which is the digital form for the given analog signal. 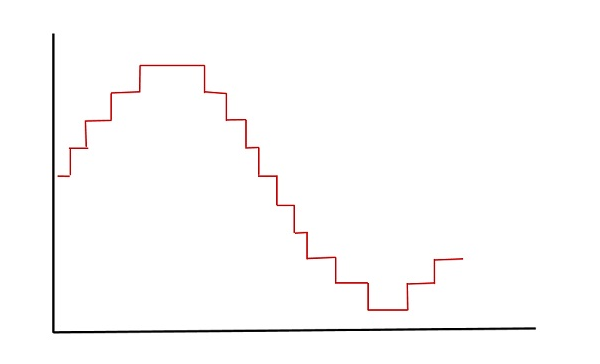 This is also called as Stair-case waveform, in accordance with its shape.

For any system, during its functioning, there is always a difference in the values of its input and output. The processing of the system results in an error, which is the difference of those values.

The difference between an input value and its quantized value is called a Quantization Error. A Quantizer is a logarithmic function that performs Quantization (rounding off the value). An analog-to-digital converter (ADC) works as a quantizer.

The following figure illustrates an example for a quantization error, indicating the difference between the original signal and the quantized signal. 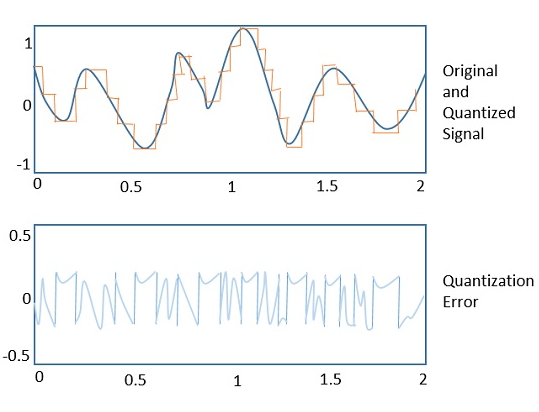 It is a type of quantization error, which usually occurs in analog audio signal, while quantizing it to digital. For example, in music, the signals keep changing continuously, where a regularity is not found in errors. Such errors create a wideband noise called as Quantization Noise.

The word Companding is a combination of Compressing and Expanding, which means that it does both. This is a non-linear technique used in PCM which compresses the data at the transmitter and expands the same data at the receiver. The effects of noise and crosstalk are reduced by using this technique.

There are two types of Companding techniques. They are −

µ-law is used in North America and Japan.