Cyclic vomiting sickness affects people of all ages but often manifests in kids between 3 and 7. Even though it is more prevalent in youngsters, there has been an uptick in the number of older cases identified. Since nausea and vomiting are symptoms of various diseases, it is hard to tell which one is causing the illness. Modifying one's routine to avoid situations that might bring on bouts of nausea and vomiting is a common part of treatment. Migraine, as well as anti-nausea drugs, may help alleviate discomfort. 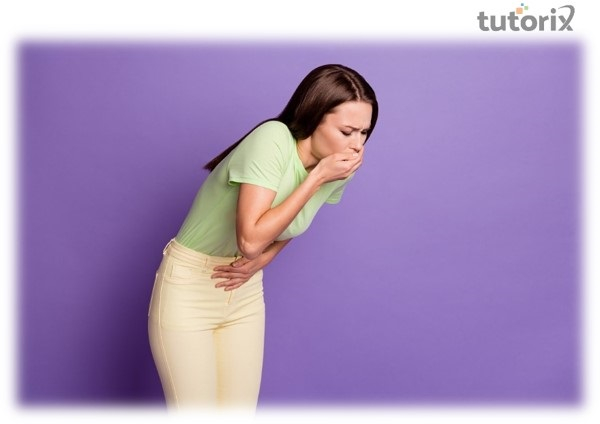 CVS, or cyclic vomiting sickness, is a neurological disorder with an unknown cause. CVS is characterized by recurrent episodes that might last anywhere from a day to a few weeks. There are four stages to an incident: the interepizootic period, the prodrome, the puking, and the recovery. The time between episodes, known as the interepizootic phase, is normally between one week and months long and is marked by the absence of noticeable symptoms. During the prodrome, or pre-emetic, stage, patients can continue taking oral medicine despite having the first inklings of an impending attack.

The symptoms and extent of an incident are consistent as well as attacks often begin as well as finish at the same times throughout the day and last approximately the same amount of time.

Because CVS is an uncommon illness, most clinicians have difficulty diagnosing it. Several illnesses and conditions might induce vomiting. Gastroesophageal reflux (acid reflux), stomach inflammation, pancreatic inflammation, urinary infections, food allergies, and stomach infections are among them. Most of these issues have a beginning and a finish, or they are recurring - symptoms persist daily or on most days. However, acute vomiting followed by times of well-being is rare and should lead a doctor or family member to investigate CVS. Because there is no conclusive test to show that a migraine causes CVS, various other illnesses must be checked out.

These include intestinal anatomical anomalies such as malrotation. Malrotated children's intestines are incorrectly positioned in the body from birth and can twist on themselves. A second problem to consider is ureteropelvic junction blockage, which occurs when urinary flow out of the kidneys is obstructed, resulting in urine backing into the kidney, which causes vomiting. Cyclic vomiting syndrome has been documented as a consequence of cannabis (marijuana) misuse in young people. Recurrent vomiting can be caused by brain tumors or other abnormalities in the head. Finally, the metabolic disorder can induce repeated vomiting (especially in infants and young children) because the patient lacks an enzyme, resulting in a buildup of poisons in the blood.

Scientists have yet to pinpoint what exactly causes cyclic vomiting sickness, although they have identified several potential triggers. Among them include alterations in cognitive processes, hormone dysregulation, and digestive issues. A large body of research points to alterations in neuronal communication as a possible cause of cyclic vomiting disorder, similar to migraines. Many people with this disorder have problems with their autonomic nervous system, which regulates vital signs, heart rate, and metabolism that one cannot consciously control. These deviations lead many to label cyclic vomiting sickness as a kind of autonomic dysfunction. Mutations in mitochondrial DNA may be linked to certain instances of cyclic puking sickness, especially those that manifest in early infancy. Mitochondria are cellular structures responsible for releasing usable power from the nutrients in the diet. DNA is found in the nucleus's chromosomes, but mitochondria also contain a small quantity of their DNA. The symptom of recurrent puking at regular intervals has been linked to many mutations in mitochondrial DNA. Single-stranded DNA bases may be altered, while more substantial chunks of mitochondrial DNA may be rearranged due to these mutations. The capacity of mitochondria to generate energy is expected to be hindered by these alterations. They hypothesize that mitochondrial dysfunction may lead to dysfunction in autonomic nerve cells, which in turn might affect the gastrointestinal tract. Alterations in mitochondrial activity have been linked to these symptoms. However, the exact mechanisms by which they contribute to symptoms, including sickness, puking, fatigue, stomach pain, and headaches, are not yet understood.

Following are the major ways of treatment −

Abortive treatment and preventative treatment are used in the management of CVS. After an attack has begun, one might get preventive treatment to lower its severity or stop it altogether. It is possible to avoid attacks from occurring or to lessen their intensity, length, or incidence by preventive treatment. The majority of the time, therapy helps the patient. Medical professionals work to stop CVS attacks before they ever start. CVS therapy is stage-specific. The prodrome stage of a CVS attack is when the initial symptoms appear. At this time, medication is used to treat nausea, lower stomach acid output, alleviate headache signs, and mild stomach pain. 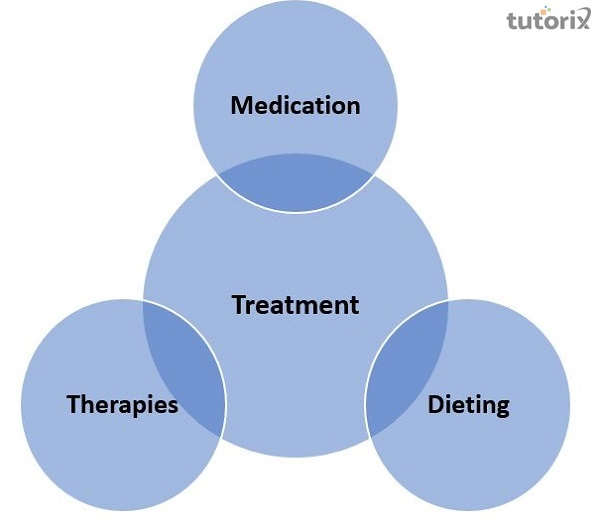 During the nausea and puking stage of a headache, one's physician may prescribe pain relievers, medications to calm one's nerves, and even drugs to help one's belly digest its contents. Seek medical attention right away. A trip to the emergency room may be required in the event of severe puking. Prevention of depletion may need the administration of intravenous (IV) liquids. During prolonged attacks, intravenous feeding and hydration may be required. The individual will continue receiving IV fluids as required throughout recovery. Clear beverages, as well as meals, may be introduced to the patient slowly, as permitted. Medications exist to aid in the avoidance of future attacks.

Dehydration − If the fluids wasted via coughing, sneezing, and diarrhoea are not replenished, the result is dehydration.

Tear − Rupture of the lower esophagus brought on by vigorous vomiting tensing of the muscles in the area.

Many sufferers of recurrent puking understand the causes of these events. Reduced incident incidence may be achieved by avoiding stimuli. Even though one might feel OK in the time between incidents, one must continue to take one's prescription medicine. One's physician may prescribe preventative medication, including amitriptyline, propranolol, cyproheptadine, as well as topiramate if one has frequent attacks or those severe enough to need hospitalization.