Keep doing this till converted all symbols on the left part of the string into x and y and all symbols on the right of string into blanks. When one part is completely converted but still some symbols in the other half are left unchanged then the string will not be accepted. If we did not find an x or y in the second half for a corresponding 0 or 1 respectively in the first half. Then also string will not be accepted. 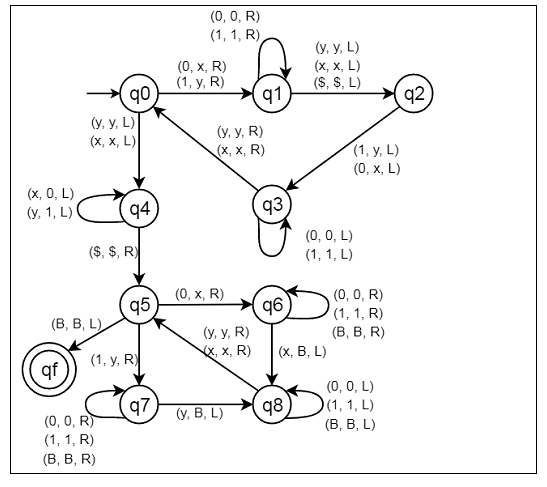