How do teachers feel when dealing with very defiant children and always arguing back? What happens when a child is constantly bullying others, hitting them, and not obeying parents' rules? Some children are labeled "difficult" due to their habit of aggressive actions and not being in control. Most people refer to children between 2-5 years old as "terrible twos," Children are expected to be mischievous and not follow orders, but most children grow out of this phase. However, the rest of the kids are still defiant and not listening to their parents, so how would they be labeled? Are delinquency and this behavior related? Do these children turn out to be thieves and maybe criminals? The answer is NO. 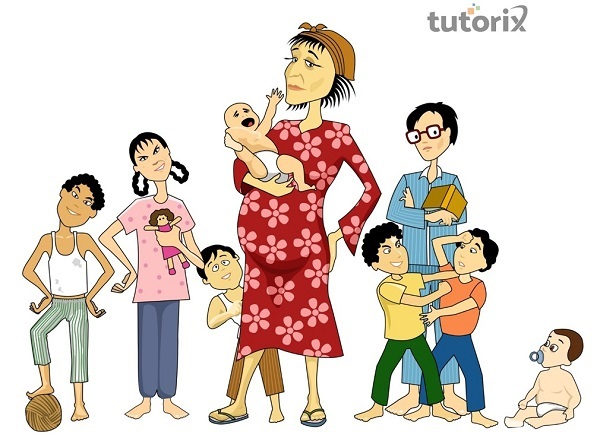 What is Conduct Disorder?

Conduct disorders are characterized by repetitive and persistent rule-breaking patterns, threatening people's basic rights, and breaking age-expected societal norms. Parents play a very important role in shaping a child's behavior, and the child observes how parents are with each other. At a tender age, most kids are not aware of the norms one has to follow. So they follow whatever they think is right, but after a certain point, children become aware of what is expected of them. Children are forgiven even after behaving aggressively, but when one starts to understand the expectations, the behavior also starts to change. However, in some cases, this is not the scenario. Children continue with aggressive tendencies after a point which later gets converted to Conduct Disorder.

Four major subtypes characterize the symptoms of CD; Aggression towards people and animals; Destruction of property, deceitfulness, and serious violations of the rule.

For anyone to be diagnosed with the CD, they should have 3 of 4 symptoms for at least 6 months.

Social Context: Conduct disorder is confined to family context, which refers to the behavior portrayed only in the context of domestic situations—for instance, a child throwing tantrums and being aggressive towards his brother and sister. Unsocialized conduct disorder refers to when the person is rejected by their peers, so as to cope with social isolation, they might exhibit such behavior. In Socialized conduct disorder, the person is integrated into the peers and may resort to bullying and violence. 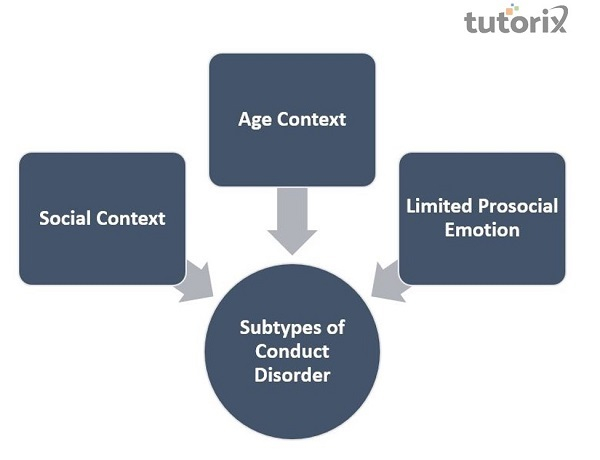 Children with CD are socially isolated as they are not able to form good social support and good friendships due to their maladaptive behavior and difficulty in communicating their needs. So to cope with this isolation and loneliness, these people have a high chance of substance misuse. These people are also highly involved in criminal acts due to their defiant behavior. There is also a decline in their educational or academic performance and other aspects of their life. Due to their substance use, they also engage in unprotected sexual activity. They also have low self-esteem and has no regard for others' feeling. They tend to blame others for their mistake and does not take responsibility for their actions.

The risk factors for Conduct Disorder can be divided into two groups; within and outside the family.

Risks outside the family: The neighborhood is a factor that can affect or trigger CD, but there is no direct link between the neighborhood and conduct disorder but processes like "social control" and " collective efficacy" influence the child. Peers or the kind of friends a child has, does affect the child. Children with conduct disorder have poorer relationships with their peers and associate with peers with the same tendencies. Peer rejection increases their aggressive behavior and lowers their educational performance. Aggressive youth are attracted to each other and reinforce each other's behavior, and this cycle continues. 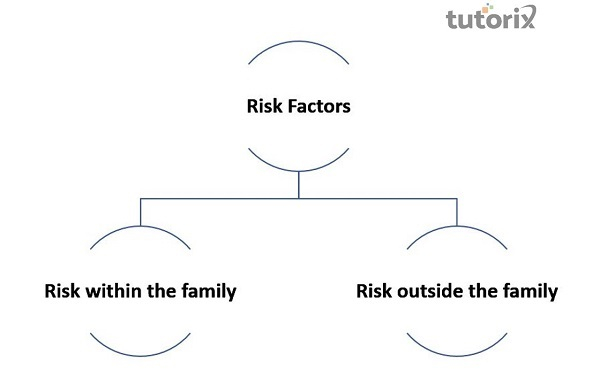 Conduct Disorders might be difficult to handle, but certain interventions could be practiced.

These are some of the steps that can be taken to intervene in conduct disorders.

Conduct disorder is characterized by repetitive and impulsive defiant and aggressive behavior. There are many risk factors for conduct disorder, like the neighborhood, violence, peers, family discord, and many more. Treatment for CD can be very difficult and challenging, depending on the severity of the disorder. Special education can be given to the youth for awareness. Multisystemic therapy might be needed in which home or community-based interventions are applied to change the youth's environment so that the symptoms can be managed. Therapists and teachers can try to intervene and plan an intervention and help parents understand what they need to do and how to deal with their environment. Applying interventions might be difficult due to their uncooperative behavior, and it can also happen that they are diagnosed with other comorbid disorders.