A recent study found that over 85% of Americans use caffeinated beverages daily. Caffeine is often used to "wake up" and maintain alertness, but consuming too much of it may have negative effects and can cause anxiety in some individuals. Anxiety disorders are mental health conditions characterized by excessive worry and dread that hurt everyday functioning. The NIMH reports that around 31.1% of U.S. adults have had a panic disorder. 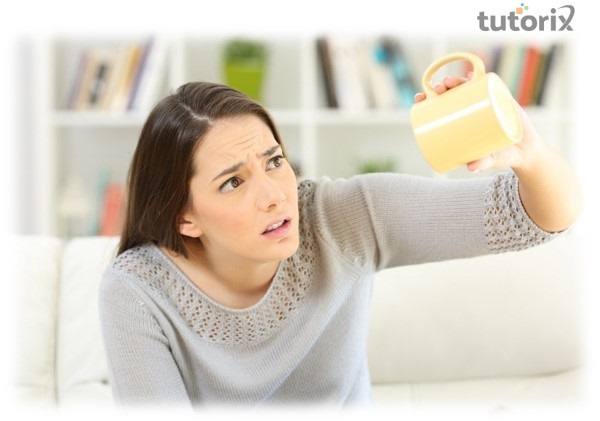 What is Caffeine Induced Anxiety Disorder?

Inhibiting adenosine receptors is a key action method, elevating dopamine, noradrenaline, and glutamate levels. That is bad news for the cardiovascular system since it raises heart rate and blood pressure. Although coffee stimulates the nervous system at low dosages, it may cause anxiety at greater levels. Studies of genes involved in the adenosine receptor have revealed evidence that they contribute to the emergence of anxiety. This indicates that certain people may be more predisposed to anxiety problems due to coffee use. There should be more research done in this field. The American Psychiatric Association (APA) has included caffeine−induced anxiety disorder in the DSM−5. The anxiety symptoms must be triggered by coffee use to fulfil the diagnostic criteria.

What are the Symptoms of Caffeine−Induced Anxiety Disorder?

Some of the main symptoms that can be observed in an individual are mentioned as follows.

Caffeine's moderate psychostimulant qualities, which elevate arousal and alertness and reduce weariness, are largely responsible for the drug's worldwide popularity. In addition to these effects, caffeine may cause a slew of others, such as increased heart rate and blood pressure, a sharpening of overall mental and physical alertness, and enhanced performance. The heart and circulatory system may experience a variety of adverse consequences, from a higher rate and responsiveness to severe heart arrhythmia. Caffeine improves memory, attention, and the ability to read text, a cognitive task. Restless sleep, jitteriness, and mood swings are all indicators of anxiety.

The HPA axis is a scheme response mechanism activated in response to stress. The hypothalamus in the brain is the starting point for this stress signal, which is then amplified in many other parts of the body. Blood stress levels rise as a consequence of this mechanism, prompting the body to reduce non−essential activities and heighten its state of readiness for combat. Anxiety, post-traumatic stress disorder, generalized anxiety disorder, and depression have all been linked to the activation of this circuit. Caffeine use in adolescents has been shown in rodent experiments to disrupt the normal operation of the HPA axis and the central nervous system's reaction to stress, decreasing the body's ability to cope with the effects of stress.

What are some Alternatives to Caffeine?

Many individuals use caffeine as a morning pick−me−up to get them going. Unfortunately, this is not without potential drawbacks, such as the emergence or exacerbation of anxiety symptoms. For some, a cup of decaf coffee or tea might be a welcome change. These drinks have a similar taste profile, but they might not provide the same energy surge as coffee. However, after successfully quitting coffee, they might be a soothing option. There is a wide variety of herbal teas to choose from, and they are well−liked all around the globe because of their beneficial effects on health. For some, working out first thing in the morning is the best way to kick off the day. To clear one's head and get one's blood pumping, try going for a run or walk outdoors or even just jogging on the treadmill. Some individuals find drinking water a good way to start their day.

What are Some Mechanisms of Caffeine?

Calcium Mobilisation − Caffeine, at doses of 1−2 mM or more, reduces the excitation barrier in muscle cells, allowing for a more sustained contraction. In such large quantities, caffeine facilitates calcium transport through the cell membrane and into the sarcoplasmic reticulum, where the muscle cell may then be used. At least 250 M of caffeine is needed for calcium to cross the membranes of muscle cells. Other harmful effects of caffeine often do not start until concentrations over 200 M. At the same time, typical use leads to concentrations below 100 M. Caffeine's impact on the CNS is unlikely to originate from calcium influx and mobilization, ruling out the possibility of a caffeine-induced anxiety condition.

Inhibition − Caffeine is a methylxanthine, and like other methylxanthines, it blocks the decomposition of cyclic AMP by the enzyme cyclic nucleotide phosphodiesterase. The second messenger, cyclic adenosine monophosphate, plays a crucial role in signal transduction and is involved in numerous cellular functions. If the phosphodiesterase were to be blocked, cAMP levels would rise, and the second messenger's effect would spread across the cell. This method is theoretically plausible, but it only kicks in when the caffeine concentration in the brain reaches a dangerous level. Therefore, it is not likely to explain how caffeine works in the brain. 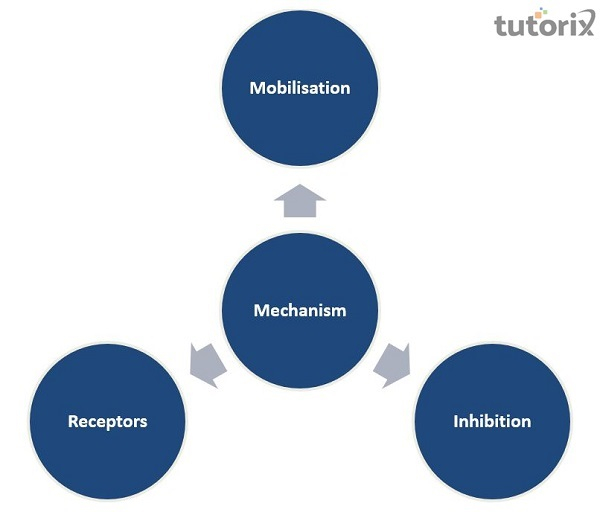 Receptors − Caffeine inhibits activity at adenosine A1 as well as A2A receptors. An ordinary neuromodulator, adenosine stimulates g−protein−coupled nerve endings. Caffeine acts as an antagonist, blocking the opposing effects of the A1 and A2A receptors.

Other Effects − Caffeine's major mechanism is the inhibition of adenosine receptors. However, introducing methylxanthine into the body also accelerates the release and recycling of other monoamine neurotransmitters, including noradrenaline and dopamine. In addition to its stimulant action on central nervous system dopaminergic neurons, caffeine acts as an antagonist on nerve endings, which typically inhibit mesocortical cholinergic neurons.

Anxiety has been linked to excessive coffee use, and caffeine withdrawal may cause symptoms similar to or even worse anxiety. Avoiding or reducing caffeine use is recommended for those who find it causes anxiety. Many of the drinks consumed regularly contain caffeine, so it is essential to be conscious of this. It is possible to minimize or eliminate caffeine use by making well−considered plans.