You might have seen, a few people lost their reality realization and claim something that actually does not exist. This condition can be very frightening for the person experiencing it and those around them. It is important to get help if a person thinks he or someone he knows may be struggling with this illness 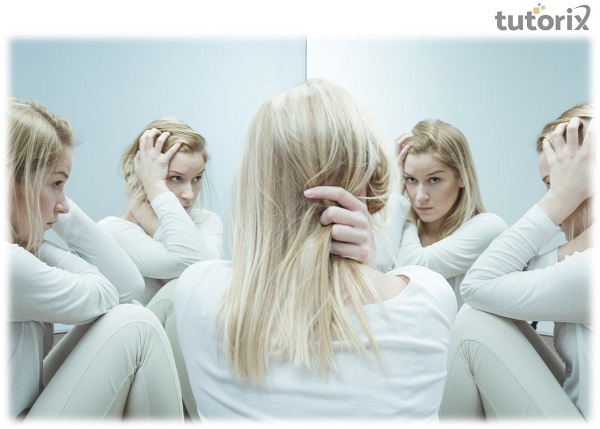 What is Brief Psychotic Disorder (BPD)?

Brief Psychotic Disorder is a serious mental illness that can cause a person to lose touch with reality. Psychosis means losing touch with reality. Psychosis involves many symptoms like delusions, hallucinations, disorganized speech, etc. Brief Psychotic Disorder (BPD) is a psychotic episode that lasts only a short time – less than a month. After one month, it is remitted and has a chance of relapse. Though BPD should only last for a month and completely remit after a month, recurrent episodes can lead to schizophrenia or schizoaffective disorders. This can also lead to mood or personality disorders. This might be the case, as psychosis can occur comorbid with any disorder. Any disorder is on a continuum and can range from less intensity to severe effects.

The symptoms of BPD can overlap with symptoms of other psychotic disorders, and it is important to differentiate between them and then only diagnose the person with Brief Psychotic Disorder. Other diagnoses that can be considered include Psychotic Affective Disorder, personality disorders, Delusional Disorders, and Substance use disorder. The main component differentiating BPD from these is its duration, as BPD should only last for a month, and if it lasts for more than a month, then other things are needed to be considered.

Following are the three types of BPD−

Like other psychotic illnesses, BPD also has somewhat the same symptoms

For anyone to be diagnosed with BPD, any of these symptoms should be present and should last between a day to a month. In movies, it is usually depicted that someone is hearing voices or taking abnormal positions, which are not very comfortable to watch. These might be the signs of psychosis that are ignored and misrepresented in movies. A person with psychosis should not be labeled as “mental" or "possessed." Psychosis is frequently a result of going through extreme trauma

Though this disorder is not much researched, it is observed that it occurs mostly in people who have been through stress, such as immigrants, refugees, earthquake victims, etc. This might be because these sudden and acute stressful situations could trigger psychosis. BPD is mostly found in developing countries rather than developed countries and is also found more in women and those with a personality disorder

Substances and alcohol trigger some psychotic episodes. Drugs can interfere with normal functioning and lead to hallucinations or delusions as they increase or decrease your alertness and consciousness. Some medications can also trigger psychosis, but not every medicine is related to this.

Genetic factors are considered a major component of psychosis; schizophrenia runs in families and has a high heritability. If the parents or first-degree relative have had such an episode, then it is a high chance that the children may have it. Multiple genes are involved in the development of psychosis, and the behaviors adopted during prenatal and perinatal influence the development of such disorders. Neurotransmitters also form the biological basis for psychotic disorders. The main neurotransmitters involved are Dopamine, Serotonin, and Glutamate

BPD can easily be treated thanks to medicines and psychotherapy. Medicines include Anti-Psychotic as they will help deal with the imbalance of neurotransmitters in the brain. Psychotherapy will help manage the symptoms and relapse as sudden and chronic stress can be disrupting for the person to live through such an experience. Special attention should be paid to the events that might have triggered the psychotic episode.

Brief Psychotic Disorder is a type of disorder triggered by a very stressful situation, but the duration is only one month. It can be treated thanks to medications and therapy. After its course, it fully remits, but there is a high chance of relapse, and more relapses can lead to other psychotic states like schizophrenia or personality disorders. People with psychosis are highly misrepresented in movies and should be treated with equal respect and dignity