At any point in life, one may feel like a rush of energy and a feeling of joy while other times feel gloomy or stuck in a phase of life without any extreme inference in carrying out daily activities. But when these feeling of highs and lows are much greater in its severity than normal individual maybe be said to be suffering from bipolar disorder 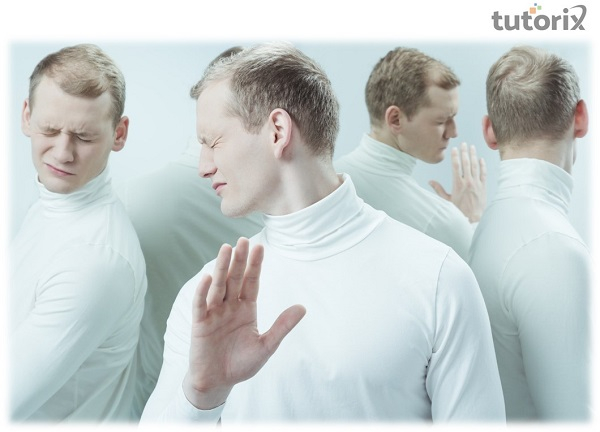 What is Bipolar I Disorder?

It is a mental disorder that causes an individual to experience extreme mood swings, which include emotional "highs" called "mania" or hypomania and "lows" called "depression." An individual who is depressed may feel hopelessness and sadness and lose interest in their daily life activities. When the mood shifts to mania or hypomania, an individual may feel euphoric, full of energy, or unusually irritable. It also affects the sleep cycle, makes it difficult to make clear judgments, and shifts energy levels and the ability to think and behave. Bipolar is a lifelong disorder in which an individual can manage their mood swings and other symptoms with the right treatment course

People with bipolar I disorder suffer from episodes of "low" called depression. The pattern of cycling between mania and depression is always present; therefore, it is termed "manic depression." In a manic episode, sufferers may feel energized, have racing thoughts, increase self-esteem and activity levels, lose touch with reality (speaking or thinking about suicide), and have disturbed sleeping or eating patterns. Manic episodes can last for weeks or months at a time. During these episodes, people with bipolar I disorder may find it difficult to sleep or eat regularly due to racing thoughts and overwhelming feelings of euphoria or panic. They can also become irritable and aggressive as part of their manic episode.

The main difference between bipolar 1 and bipolar 2 is the severity of the manic episodes that occur in them. In bipolar I disorder, a person may experience a full manic episode with a major depressive episode that may or may not be present. In contrast, a person with bipolar II can experience only hypomanic episodes with a major depressive episode that is less severe than a full Manic episode as in bipolar I. If left untreated, bipolar I disorder can result in the onset of other mental conditions. Conditions that can co-occur include− 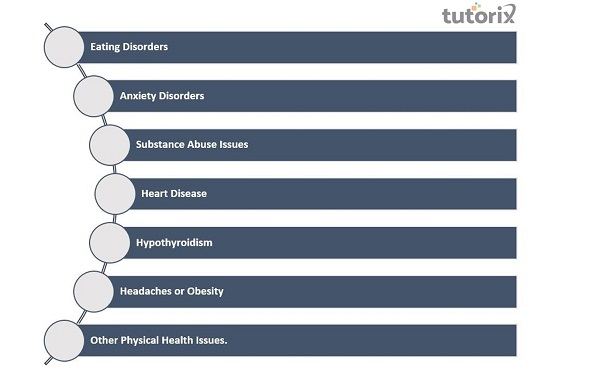 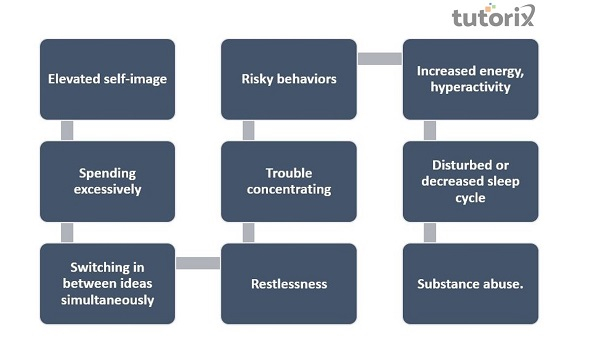 To be diagnosed with bipolar I disorder, a person must experience at least one manic episode or one major depressive episode. The episodes of irritable mood and high energy accompanied by behaviors that disrupt their daily life must last at least seven days and not be caused by any other mental illness (such as schizophrenia). In addition, the person must be experiencing symptoms for at least one year before being diagnosed with bipolar I disorder. An individual must have at least one manic episode that may precede a hypomanic or major depressive episode. Proper psychiatric assessment, physical examination, and mood record in mood chart are some criteria for determining and diagnosing bipolar disorder. In children, diagnosis includes the same criteria as used for adults

Major depressive episodes may in this disorder make it difficult to diagnose. The symptoms of Manic episodes are usually so obvious that individuals suffering from them do not feel that there is something wrong with them, making the diagnosis difficult. Mania and hypomania are both distinct types of episodes having similar symptoms. Mania is considered more severe than hypomania and causes noticeable disruption in an individual's personal and social life. Mania may also trigger a break from reality called psychosis which may require immediate medical care and even hospitalization.

Treatment for bipolar I disorder is directed at managing the symptoms depending on individual needs.

Medication − Different types and doses of medication after described based on individuals' particular symptoms. It may include−

Bipolar I disorder is characterized by at least one meaningful episode without any psychotic features. The essential factor of bipolar one disorder is the occurrence of one meaningful episode mixed with major depression. Diagnosis for bipolar I disorder requires at least one full meaning episode and can be associated with hypomanic and depressive episodes. Psychosocial interventions help in managing acute depressive episodes and maintaining treatment progress, and preventing relapse. Psychoeducation is important for understanding the symptoms of a person going through bipolar one disorder and giving them proper care and support needed in such time. It is important to stay focused on the goals and find support when suffering from bipolar I disorder, as it can cause an individual to get demoted and isolate themselves. Relaxation techniques such as meditation and mindfulness can help to relax and manage stress and mood swings