Best Skylines of the World

Pick up a dictionary and a skyline is defined as the outline of a group of buildings seen against the sky. In the last century, cities from around the world have not only grown to cover enormous swaths of land spaces horizontally but have grown upwards as if to touch the sky , in a human effort to make stairways to heaven.

These high-rises are the business centers of modern cities and appear to keep a watchful eye on the city life below, all round the clock. In this article we bring you the best sky grazing skylines from across the world.

More popular as a global financial capital, Hong Kong is the greatest skyline of the world. Not surprisingly, it has more than 78 buildings with height measuring over 200 meters. The largest of them is the International Commerce Centre standing an impressive 484 meters tall. It houses dozens of high rising residential buildings. 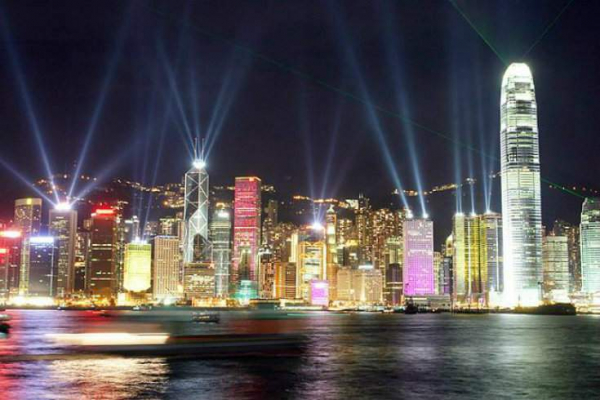 The former British colony, Honk Kong sizzles in the night when the lights of these high rising buildings glimmers and make reflections in the Victoria Harbor waters.

If anything conjures up the image of a gigantic wall obstructing any view beyond it, it is the array of tall buildings in the Big Apple. New York City has one of the most distinct skylines, with a high density and systematic arrangement of tall buildings. It creates a panoramic view of a skyline against a horizon like nowhere else.

The city has incredible number of 58 buildings over 200 meters high, as of today. The tallest residential building in the world is not surprisingly located here, at 426 meters the 432 Park Avenue offers a sunrise view very few building can. Also home to the some of the oldest skyscrapers New York City is the  skyscraper heritage of the world.

More popularly known as the ‘Windy City,’ Chicago has 28 buildings measuring over 200 meters tall. Among these, three buildings are listed in the top 20 tallest buildings of the world. 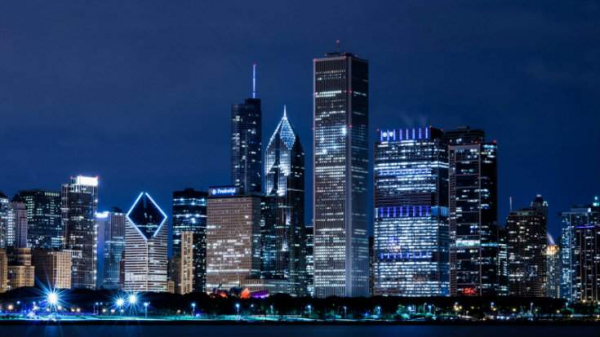 It is worth nothing Chicago built the first steel high-rise structure in 1885 and is a birthplace of modern skyscrapers. It is the city that more than a century ago opened the way for architectural engineering of high rising building. Not to forget, Chicago has a wonderful skyline view that mesmerizes many people.

Shanghai is the biggest city and is the financial center of China. The city has grown at a rapid pace and it reflects a perfect example of a modern skyline. One can evidence the latest architecture styles, engineering and technology in the Shanghai skyline. It is a most definitively a showcase of modern architecture. 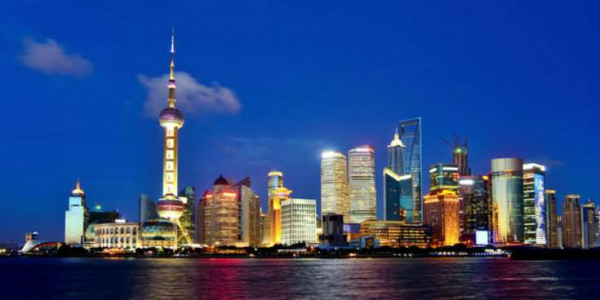 Shanghai has 45 buildings measuring more than 200 meters. Among them 4 are more than 400 meters tall. It is located on the bank of Huangpu River. Shanghai gives a view which is very extraordinary especially while you are boating in the beautiful Huangpu River. 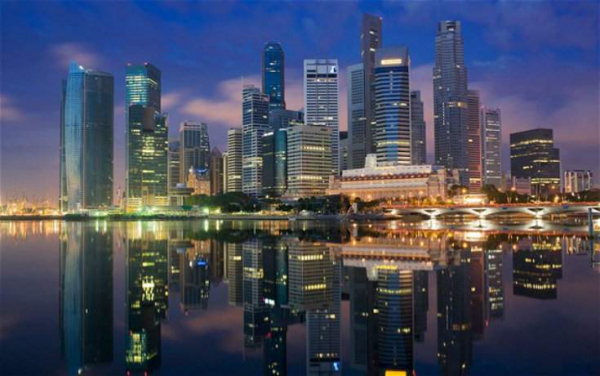 Singapore is a fine example of thorough urban planning and is considered the cleanliest cosmopolitan city of the world. The buildings here are uniquely arranged to offer you a riveting view. Singapore also is an architectural model city of the world.

Tokyo has 21 buildings measuring over 200 meters tall. Among them Tokyo Tower, a communication tower, is a tourist attractor and has a very popular feature. It tower can be lit in different colors on every night. In addition to the unique architecture, the whole city of Tokyo is infused with neon lighting. And due to air traffic safety mandates, it is mandatory to flash a red light that adds to the beauty of the skyline at night. 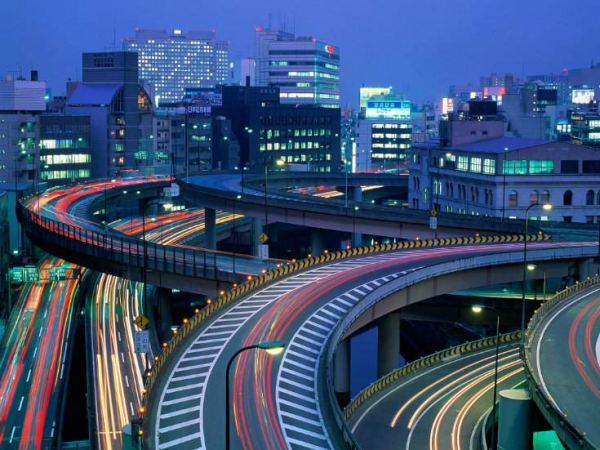 Tokyo is the capital of Japan and the most populated city of the world. Surprisingly, even with the large population and lack of available land space ,the government restricts building anymore skyscrapers in Tokyo.

Toronto, the cultural city of Canada has 15 buildings measuring over 200 meters. Among them, CN Tower is measured an impressive 553 meters in height. CN Tower also has the distinction of having the highest observation deck of the world. 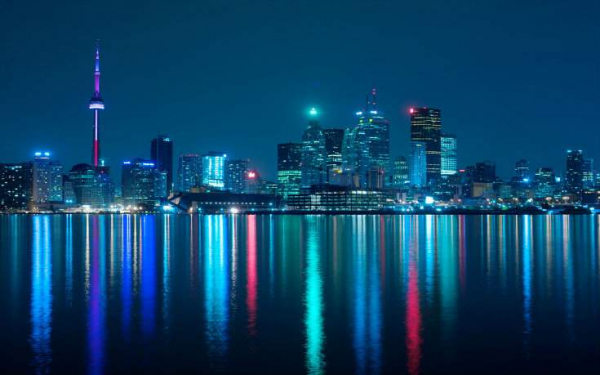 Besides, the city has a perfect collection of famous architecture drawing many students to pursue new architectural techniques.

Kuala Lumpur, the capital of Malaysia has 13 buildings measuring over 200 meters tall. When built, the Petronas Towers (more popular as twin towers) were the world’s tallest towers. However because they are two in number, they have able to retain the title of tallest twin towers of the world. 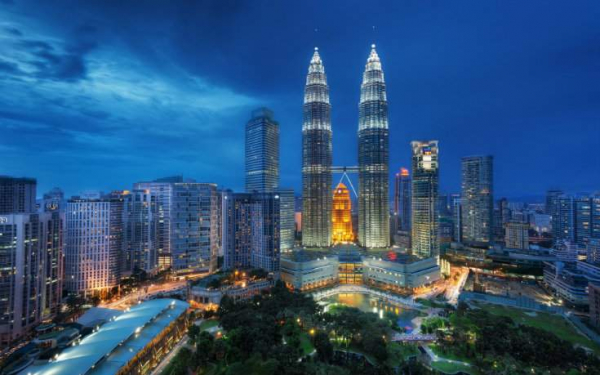 Located in the south-east Asia, Kuala Lumpur is a very popular tourist destination. Tourists from all over the world love to visit this city to watch an amazing blend of the skyline and natural landscape.

Only a few decades back, Shenzhen was a fishing village located in the south-east region of China. Now, with more than 6 million population, it is a metropolis. It has 35 buildings measuring more than 200 meters tall. 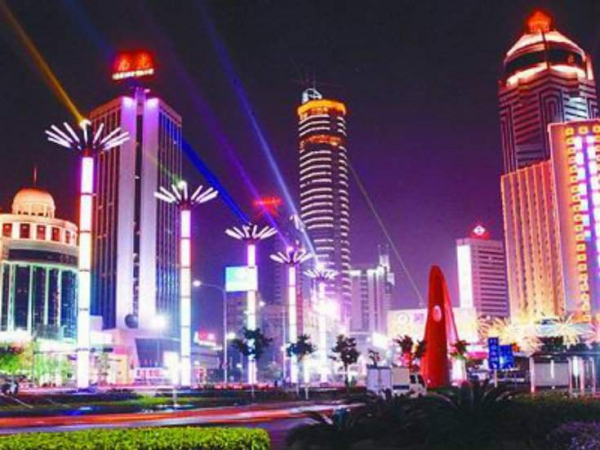 Because of the neon light, Shenzhen has a view that lies in the realm between reality and fantasy. 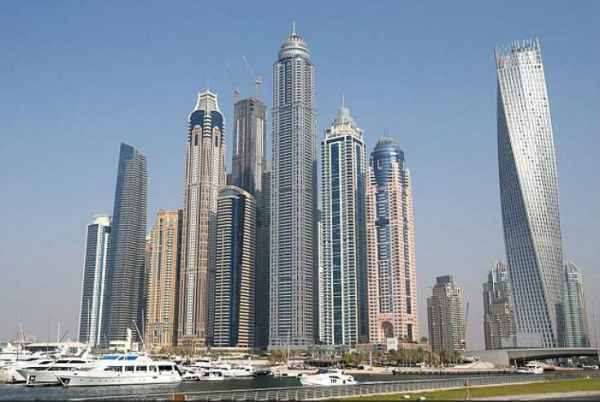 Dubai has more than 73 buildings measuring more than 200 meters tall. Surprisingly, all these skyscrapers have been built in the past 10 to 20 years. The city has seen a dramatic change in the landscape from a parched desert city to an envious skyline every city wants to have.