The fascinating world of Ferrofluids

You have just seen a slippery oily magnetic fluid called Ferrofluid. Though the working principles and material compositions are complicated, the basics are very simple. Tiny nanoscale ferromagnetic particles are suspended in oil or water. Each particle is coated with a surfactant to inhibit clumping. A surfactant is a substance that lowers the surface tension between liquids or between liquid and a solid. Ferrofluids usually do not retain magnetization in the absence a magnet or a magnetic field. 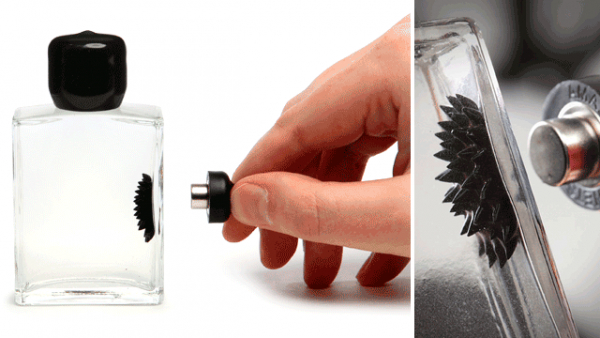 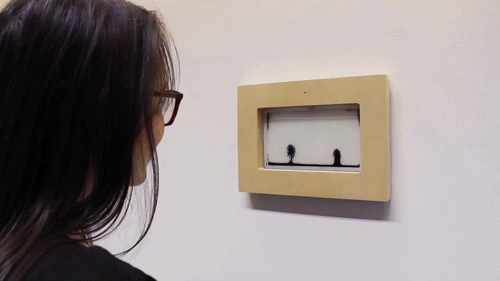 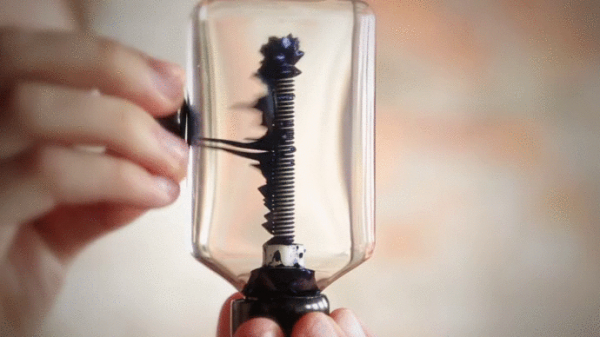 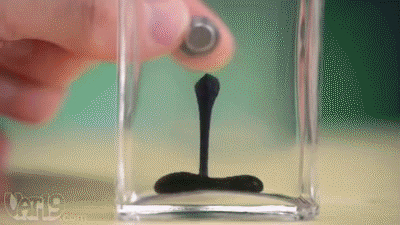 Where is it used?

Ferrofluid is not all play,it has some serious real world applications. A few common ones that you might have not know are:

Bet you did not know , Ferrofluids are used to form liquid seals around the spinning drive shafts in modern hard disks

If you happen to be loaded with considerable amount money, you can enjoy the magnetic dampers on your Ferrari FF or Audi R8. General Motors was the first to develop such technology, where varying electric current through a ferrous fluid and help you adjust suspension stiffness in response to driving conditions.

You probably did not know this either, Ferrofluids are commonly used in loudspeakers to remove heat from the voice coil, and to passively damp the movement of the cone.

It is already being used in limited applications to carry medications to exact locations within the body, and also used as a contrasting agent for MRI scans. Soon Ferrofluid-based hyperthermia will be used to treat malignant brain tumor- glioblastoma in humans.

And now the cool Ferrolic: A Clock

Ferrolic utilizes ferrofluid to display recognizable shapes in response to magnets embedded inside the clock’s aluminum frame. The moving blobs look almost alive, and the designer Zelf Koelman refers to them as “creatures. Because the fluid behaves in slightly random manner, it is possible to give the bodies, a strong reference to living creatures. Ferrolic uses these lively recognizable shapes and written character layers in parallel to create scenes and transitions in a poetic way. 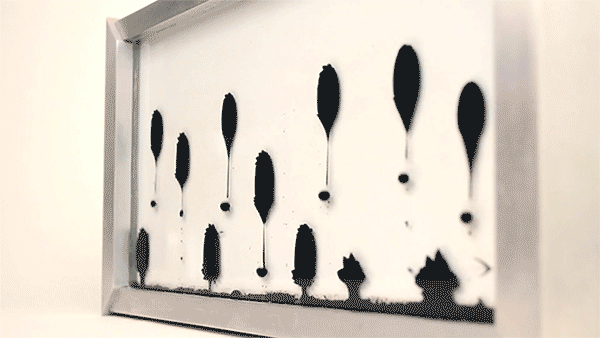 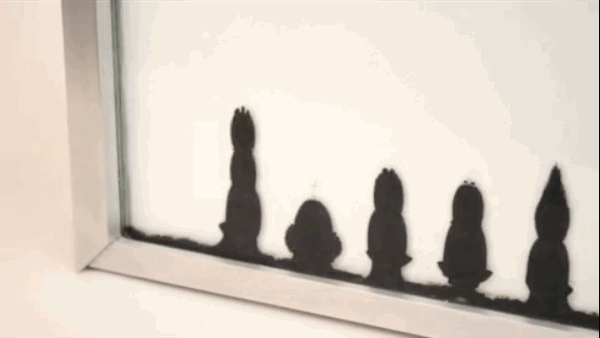 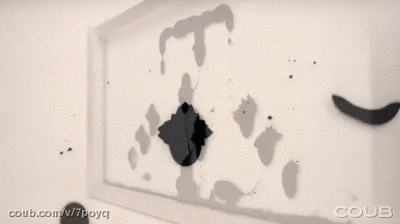