With new age and advances, there comes a rise in stimulation. When there is an increased number of stimulants, it is only natural to have an overwhelming state of emotions. Because there is too much on our plates, we feel anxious from time to time. Nevertheless, when this anxiety rises to an unmanageable level, we are left with no choice but to take the aid of prescription drugs. However, continued usage and then unannounced withdrawal can become even more dangerous. This explains why we see people growing a dependency on this, as it helps them relax and live a normal life. 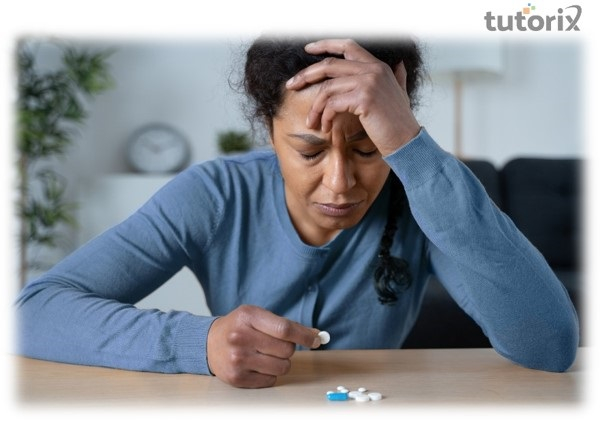 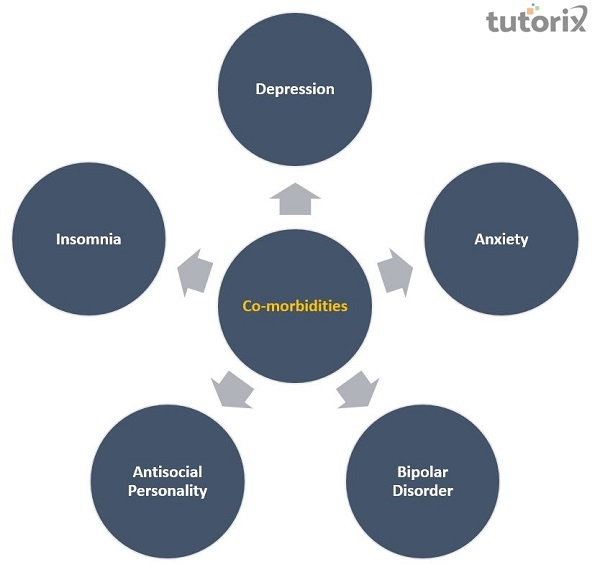 Benzodiazepines and the Brain

Gamma−aminobutyric acid (GABA), a neurotransmitter in the brain that inhibits action potentials, is influenced by benzodiazepines. In other respects, it helps stop neurons from firing, which is useful for controlling fear responses. Benzodiazepines increase the efficiency of GABA; therefore, the brain will create less of it. The use of benzodiazepines over an extended period leads to tolerance, and stopping use after a while might produce withdrawal. Withdrawal symptoms frequently mirror the antithesis of the beneficial advantages that benzodiazepines produce. These withdrawal signs include anxiety, insomnia, elevated heartbeat, a rise in blood pressure, tremors, elevated core temperature, and sweating. 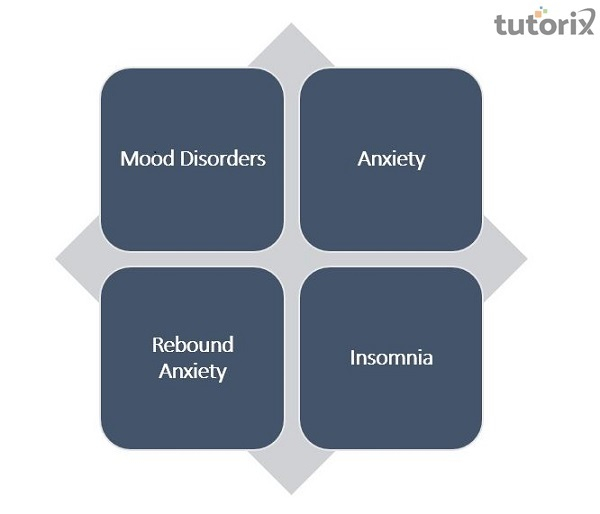 It is characterized by a variety of depression and bipolar disorders. Benzodiazepines are frequently used to treat mood disorders once they have been identified. This is only a temporary solution, and no mental health condition can be fully treated with medicine alone. Use must be strictly monitored and used with conventional and non−conventional forms of therapy. To regulate mood and health, benzodiazepines should be taken only for a few weeks. Long−term use could worsen mood issues rather than improve them because these medications act on GABA systems so that they can trigger depression in those predisposed to it.

Poor social support is one contextual aspect that can make this connection worse. According to the Substance Abuse and Mental Health Services Administration (SAMHSA), studies on the pathophysiological impacts of alcohol or other drugs, such as long-lasting and irreversible brain alterations, show that substance misuse and mental health disorders have the same genesis or developmental pathway.

Anxiety − The Center for Substance Abuse Research reports that benzodiazepines are among the most often prescribed CNS depressants for treating anxiety disorders, including panic and generalized anxiety disorder. A person with an anxiety illness may experience functional impairment and a decline in quality of life, which frequently puts them at risk for developing a co−occurring addiction. When addiction and an anxiety condition co-occur, there is a greater likelihood of using other substances to alleviate anxiety, such as alcohol or opiates. Thus, the prescription of benzodiazepines can lead to the alleviation of anxiety but is capable of inducing it, too, as is the case with rebound anxiety.

Insomnia − Insomnia is a common condition for which benzodiazepines are prescribed, and it is characterized as having trouble falling asleep, remaining asleep, or returning to sleep after being woken. During post−acute withdrawal from benzodiazepines, rebound sleeplessness can also last for months and rebound anxiety. Chronic slumber can result in low vigor, cognitive performance problems, or reduced quality of life. According to several research, the co-occurrence of benzodiazepine use and sleeplessness may be a sign of underlying mental health problems.

According to recent reports, doctors should only prescribe benzodiazepines for four weeks under current recommendations because they can have almost instantaneous negative effects on one's health. However, some people become "involuntarily hooked" within days, reluctant to stop without experiencing withdrawal symptoms like burning sensations, vision problems, headaches, or even fatal seizures. When a benzodiazepine is misused, negative effects can be significantly more severe and quick. Individuals' emotions, health, and behavior may alter significantly if they continue using. Attention, memory, and perceptions of well-being may all be affected by brain injury they sustain. Bipolar disorder, severe depression, and perhaps other mental health issues could be experienced by them.

Professional treatment is necessary when mental health problems coexist with addiction. All facets of psychological, physical, and emotional health are addressed by integrated treatment. Although this treatment starts with detox, it does not stop there. After the withdrawal effects of benzodiazepines have subsided, patients start psychotherapy, group therapy, and supportive techniques.

Benzodiazepines have a reputation for being sedatives and relaxants. When taken as directed, they have minimal to no negative side effects. On the other hand, abusing benzodiazepines can result in resistance, dependence, and addiction. Although some people find that benzodiazepines can help them manage their health, the sharp rise in prescriptions and dosages is alarming. It has aided in the emergence of mood disorders, addiction, and overdose mortality.