According to the American Psychiatric Association, eating disorders (EDs) are "behavioral conditions" marked by "severe and persistent disturbance in eating behaviors" and are also associated with "distressing thoughts and emotions." According to some estimates, EDs affect almost three million people globally and are the cause of 700 deaths every year. This becomes more consequential in today's world on social networking sites (SNSs); Research has pointed out that problematic internet use affects body image issues, and total time spent on SNS is related to ED symptoms. Appearance-focused social media, in particular, is found to be associated with heightened eating concerns and body image issues. Adolescents are particularly vulnerable to these adverse effects. 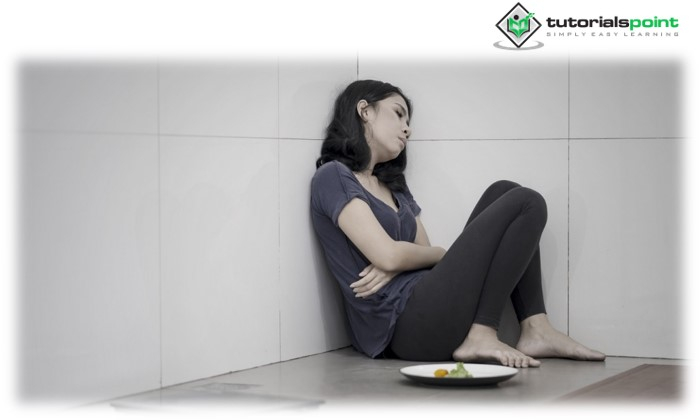 The Diagnostic Manual of Mental Health V, Text Revision (DSM-V-TR) has classified them under Feeding and Eating Disorders and has identified them into eight subtypes. These are summarized below.

This article focuses on anorexia nervosa, one of the most commonly known eating disorders.

As mentioned above, anorexia nervosa (AN) is characterized by persistent restrained energy intake, extreme fear of gaining weight or becoming fat or behavior that consistently interferes with gaining weight, and disturbance in self-perceived weight or shape. Additionally, the individual's body weight is significantly below that which is minimally normal for their age, sex, developmental trajectory, and physical health. There are further two subtypes of anorexia nervosa −

The former primarily comprises weight loss through dieting, fasting, and exercise. The latter is characterized when an individual engages in recurrent episodes of binge-eating or purging behavior either by self-induced vomiting or the misuse of laxatives, diuretics, or enemas.

Individuals struggling with anorexia nervosa have a distorted image of their body weight and body. Some feel that they are overweight all-over others may be concerned about a specific body part like the abdomen, buttock, and thighs. They may evaluate their body through various means, including frequently checking the mirror and weighing and repeatedly measuring body parts. For people with anorexia, their self-esteem highly depends on how they perceive their body shape and weight. They view weight loss as a great achievement and a sign of self-disciple and weight gain as an unacceptable failure.

The semi-starvation and purging behavior associated with anorexia nervosa can often result in life-threatening medical conditions, with the nutritional composition of the body being compromised, affecting all the major organs of the body. Physiological disturbances can include amenorrhea and vital sign abnormalities. Misuse of laxatives or self-induced puking may result in abnormal laboratory findings. However, there remains uncertainty about whether this is always the case.

Depressed mood, social withdrawal, irritability, insomnia, and diminished interest in sex are other signs and symptoms observed in individuals with anorexia nervosa who are seriously underweight. Obsessive-compulsive features are also persistent and may or may not be related to food. Being preoccupied with the thought of food, collecting recipes, and hoarding food are all commonly observed. Further, concerns about eating in public, feelings of ineffectiveness, overly restrained emotional expression, a strong desire to control one's environment, inflexible thinking, and limited social spontaneity may also be noted.

The recent years have witnessed a new trend in getting 'in shape or getting 'fit,' which is not exactly going in the right direction.

A common explanation for AN focuses on society's idealization of thinness, which holds some truth. AN is complicated and has biological, psychological, and social factors like any other mental disorder.

The biological basis of AN was explored through twin studies, and it concluded that identical and monozygotic twins have a higher probability of being affected by AN when one of the twins suffers from the disorder compared to dizygotic or fraternal twins. Genetic studies have also suggested that individuals with AN may have a certain gene that codes for types of serotonin receptors. Serotonin is majorly responsible for regulating appetite, mood, and self-regulation of behavior. Finding links between serotonin and AN may explain why some people risk developing AN.

Psychiatrist and psychoanalyst Hilde Bruch described AN in her book The Golden Cage published in 1978. It described girls with AN working towards perfectionism and worried about their impulses to get the approval of others. They were also categorized as having difficulties differentiating their internal states of hunger from internal states of feeling sad or tired. This early description of individuals with AN still holds today and can also be seen as a historical account of fasting girls. This is further confirmed by studies concluding that individuals high on perfectionism have a greater risk of developing AN later in life.

Treatment for AN differs for both adults and children. 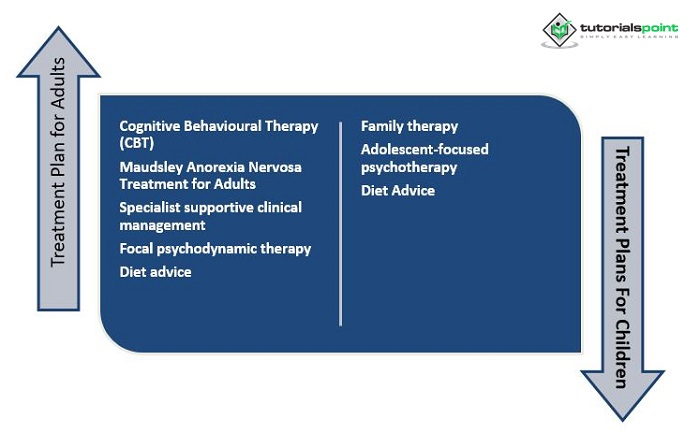 Adults are usually given CBT which is more personalized according to the patient; Maudsley Anorexia Nervosa Treatment for Adults or MANTRA is another treatment. It focuses on what is important for the individual and helps them change their behavior at their pace. Specialist supportive clinical management focuses on what is causing the disorder, and the individual learns about nutrition and how their eating habits cause their symptoms. Focal psychodynamic therapy is usually saved as a last resort. They try to link eating habits with an individual thought process and feelings. Diet advice is usually used as an assisting method. Children are usually given family therapy; wherein a family member is brought in to help with the treatment. Children below 18 might also be given CBT, similar to adults.

In last a few years, anorexia nervosa is one of the most studied disorders. The idea that a person has to be thin to be happy, healthy and accepted, loved and respected, and not overweight is a motivating point. Studies have shown that the stigma attached to being overweight in adults, adolescents, and children, is pretty common these days. They have also concluded that people prefer themselves, their friends, and potential partner to be thinner. These ideas may encourage people to diet and 'get thinner,' leading to the development of AN.